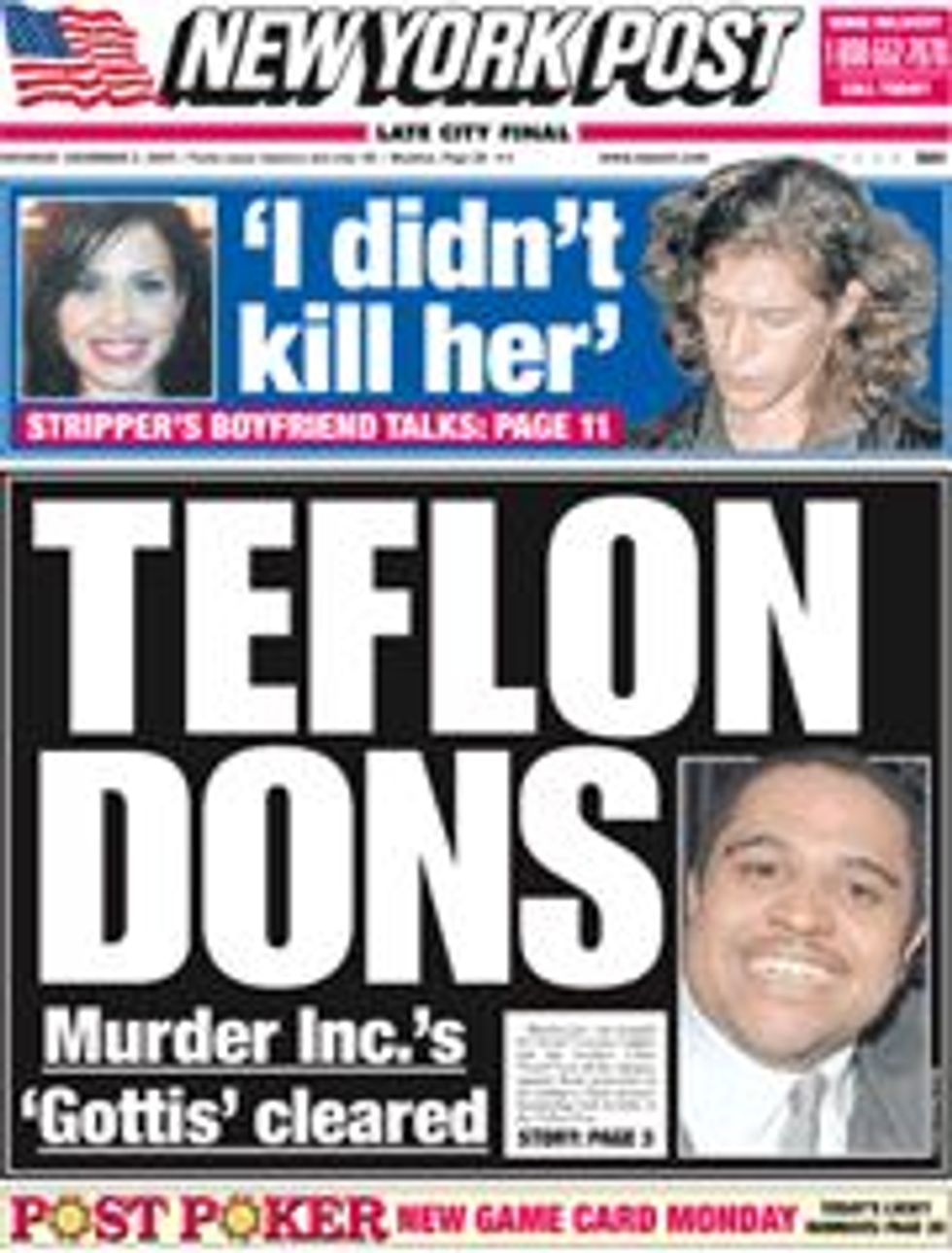 The acquittal of rap moguls the Gotti Brothers, nee Irv and Chris Lorenzo, on charges of money laundering for notorious thug and filmmaker wannabe Kenneth "Supreme" McGriff, brings to a close one chapter in the sordid tale of rappers with rap sheets, though its not expected to be the end of this story. While the beleaguered bible of hip hop The Source, has a cover story about hip hop being targeted by the police, a sentiment that has been echoed by Russell Simmons and others in "the community," one would have to think that the police were total idiots if they weren't keeping an eye on the rap scene. Not only did hip hop have two of its biggest stars assassinated -- Biggie and Tupac -- their killers still haven't ever been brought to justice. Ethan Brown's forthcoming book Queens Reigns Supreme: Fat Cat, 50 Cent and the Rise of the Hip Hop Hustler (Doubleday Anchor) throws considerable light on the subject, going into great detail about the Queens drug culture that spawned kingpins who were revered on the streets for their exploits, so much so that they became the subject of songs by rappers, often middle class themselves, who embellished the legends to burnish their own street cred. Brown pulls no punches in his descriptions of murder and mayhem and does a stellar job showing how the gangstas wanted to be rap moguls and the moguls wanted to emulate the gangstas. Essentailly, the Gottis claimed that they were only friends with Supreme, not his money launderers. The jury believed them. The district attorney's office should be ashamed of itself for taking such a weak case to court. In this instance, "the community" seems justified in its complaints.