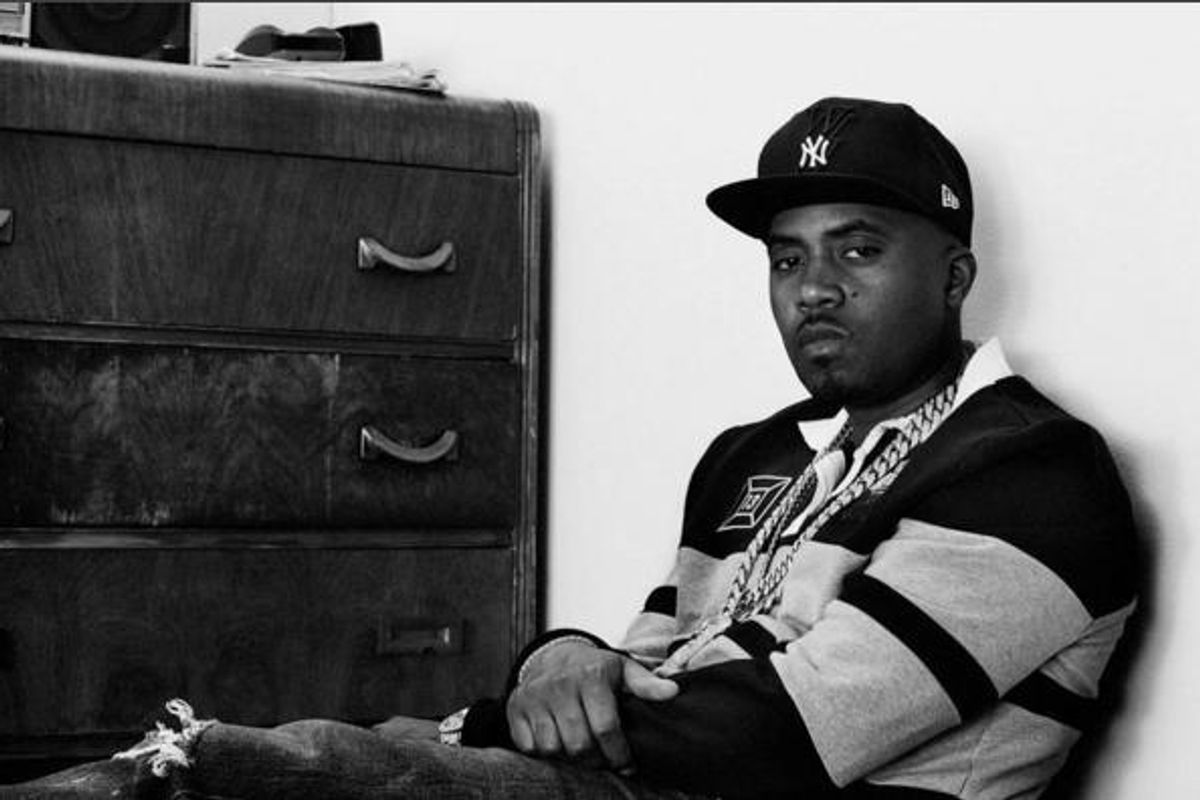 The photos, taken by Bon Duke, are reminiscent of Chi Modu's portraits of the hip hop mogul back in 1992 Queens. There was no doubt in the designer's minds about who they wanted to star in the campaign. "When you think of New York leaders, especially in the context of a Yankees or Mets hat, there's no other person that comes to mind before Nas," Chow tells WWD.

Prior to this collaboration, Major League Baseball has never allowed for a designer to alter the logo of two different teams. The duo designed the cap with an extra embroidering of their classic WNL lettering. The New Era caps which come in their original snapback and adjustable form are priced at $75.

The collaboration will be available tomorrow both online and in a pop-up gallery at 231 Bowery. So if you find yourself in New York and money is your bitch, you should probably make your way over.