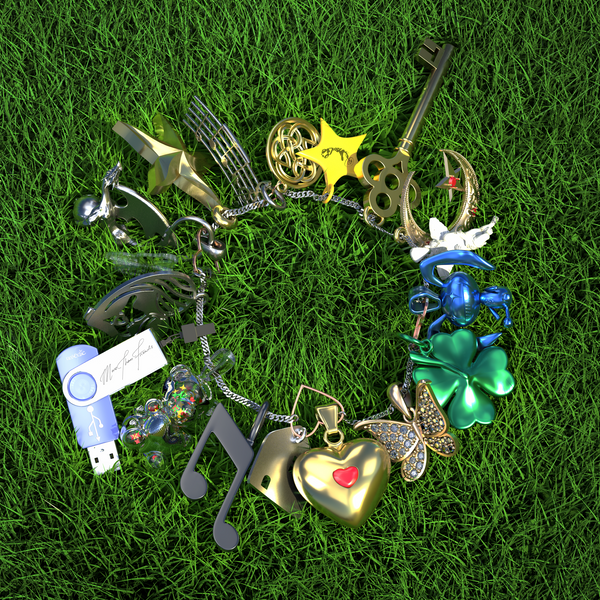 Himera Explains the Charms on Their Friendship Bracelet

There are few accessories that feel more personal than a charm bracelet. By design, they're meant to be highly customizable and deeply personalized according to their wearer, who picks out charms that hold special significant to them. A charm bracelet can act as a talisman for identity — a jangly amalgamation of interests and symbolic memories that reveals way more than any diamond-encrusted tennis bracelet could ever fathom.

Related | Dasychira and the Paradox of Childhood

For producer Himera, the charm bracelet was the perfect analogy for their latest EP, More Than Friends, which explores the profound and often indescribable nature of close platonic relationships. Drawing on the sentimentality of trance with dashes of nightcore and PC Music gloss, Himera manages to make the same sort of melodies and sounds that would send waves of euphoria over a crowd of ecstasy-high ravers somehow feel intimate and vulnerable.

Scarcely a drum to be found throughout the entire release, Himera's quasi-ambient/instrumental take on trance feels untethered in the best possible sense. With cascading waves of synths and constantly ascending melodies that float on a cloud of pure bliss, Himera's distinctive approach sounds like a lush Lorenzo Senni or a less arpeggiator-obsessed Life Sim. But amid all the dazzlingly bright power chords and stadium-sized sounds, Himera reigns it back to a much more human scale, splicing in sounds of someone catching their breath or muffled laughter to add elements of warmth to the borderline sterile sonic palette.

As Himera's first EP for unseelie, More Than Friends feels like a major milestone for an artist that has been making waves in this rising generation of hyperpop kids. Going beyond merely releasing a collection of tracks, Himera and unseelie also teamed up to ensure that this release is more than just an EP by launching a choose-your-own-adventure-style hotline (+1 (833)-unseelie / +1 (833)-867-33543) where callers can unlock hidden secrets and share their musings on friendship.

Ahead of the release of More Than Friends, PAPER asked Himera to give us a break down of all the charms on their friendship bracelet and what significance they may hold.

Monstro: Self-explanatory. A little nod at my friend Dasychira and unseelie ❤️.

Butterfly: A nod at all the butterfly imagery I have used in my music for a long time now, especially with the user-411453200 project and my album, Fragile.

Teddy Bear: What can I say? I just think they're neat.

Celtic Knot and Clover: Represents my Irish upbringing (also, as Kai [Garonganut] pointed out, the clover looks like four hearts together 💓).

Moon and Stars: These represent the track, "Sometimes I Look Up at The Sky & Remember How Much You Mean To Me." I wrote this track after playing a rave in Riga. I stayed up all night and looked at the stars while thinking about my friends and how much they mean to me. Kinda cheesy, but it holds a lot of meaning to me.

Angel: A reference to my first release under the Himera alias, my ANGEL EP. I've also been using a lot of heavenly/angelic imagery in my music for the longest time.

House: I was just finishing up the project while in the middle of moving to a completely different country, so it was in reference to me "leaving home."

USB: I like dropping hints that we're doing physicals.

Key: The More Than Friends story isn't over just yet 😉. Lots of secrets to come shortly after...