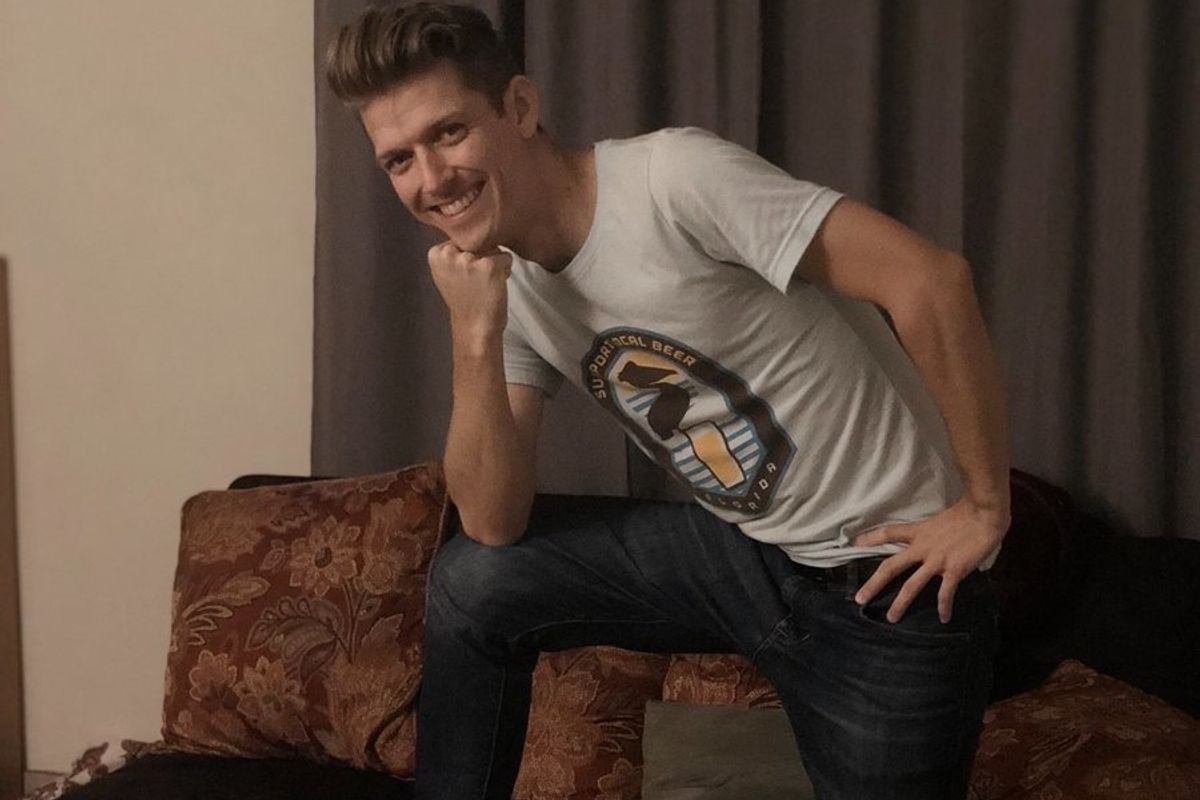 What's a young sailor to do when his mother posts a mortifying photo of him with a caption meant to rebuke #MeToo and women's calls for justice? Play it off with grace and class, apparently. That's what Navy vet Pieter Hanson (handle is @thatwasmymom) did when his mom's now-deleted tweet went viral:

"This is MY son," the tweet reads. "He graduated #1 in boot camp. He was awarded the USO award. He was #1 in A school. He is a gentleman who respects women. He won't go on solo dates due to the current climate of false sexual accusations by radical feminists with an axe to grind. I VOTE. #HimToo"

The tweet was flooded with responses and immediately went viral, mostly due to its easily mockable format and hyperbolic message.

This is my son. He is a gentleman who treats ladies with respect. He’s afraid to date right now because of the curr… https://t.co/7tehH6vCay
— Luna Malbroux (@Luna Malbroux)1539044745.0

This is MY son. He graduated #1 from the University of Flavortown. He was awarded three banging fajita poppers. He… https://t.co/FrIbu4IP9n
— Mike Drucker (@Mike Drucker)1539047069.0

Eventually bother Pieter and his brother jumped into the fray, disavowing their mother's post completely, on the Internet, for the whole world to see:

That was my Mom. Sometimes the people we love do things that hurt us without realizing it. Let’s turn this around.… https://t.co/6EtIs9dyQJ
— Pieter Hanson (@Pieter Hanson)1539059764.0