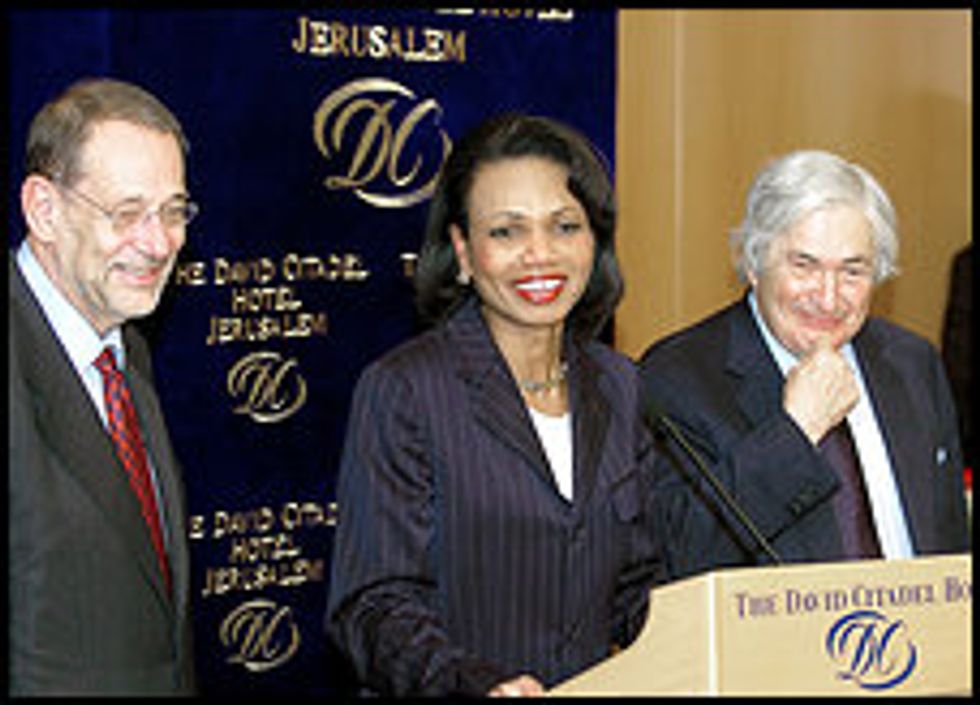 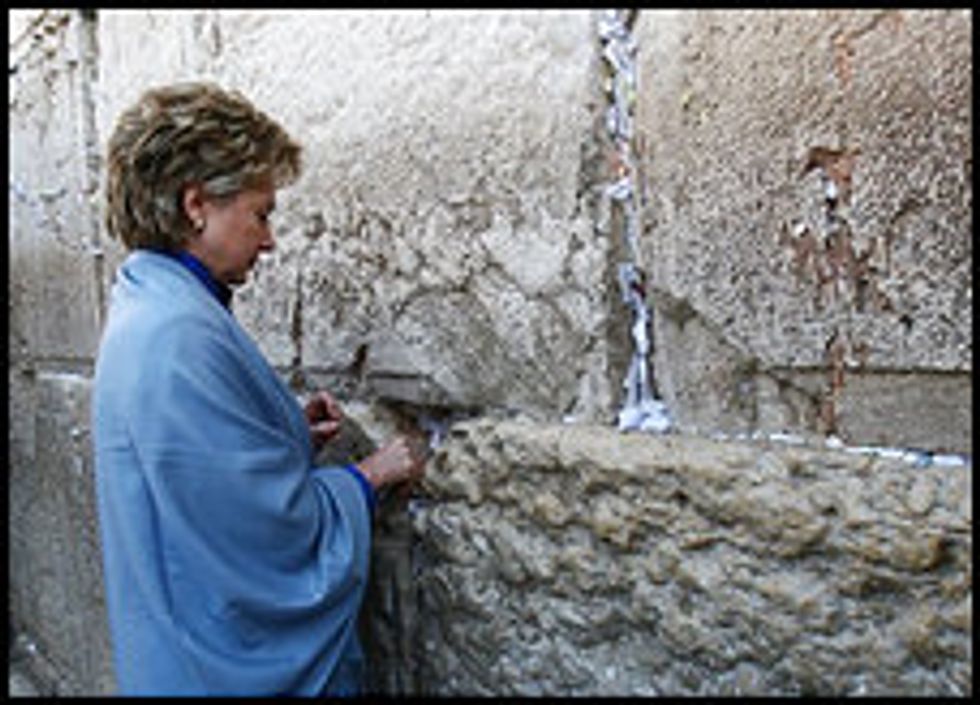 It's beginning to look like a Hillary Clinton versus Condoleeza Rice face-off in the next presidential elections is far from out of the question. Condi has been put front and center in a big way lately, her tour of the Middle East (that included brokering a deal between the Palestinians and the Israelis in the Gaza Strip) coinciding with the Clintons stomping around the same powderkeg, from the Wailing Wall in Jerusalem to the bombed out hotels in Beirut. The occasion for this timely coincidence was the ceremony marking the 10th anniversary of the assassination of former Prime Minister Yitzhak Rabin by a Jewish extremist. Rice seems to be getting all the credit with the President nowhere visible in the picture. So as Hillary mends her fences with the Jewish voters who have in the past questioned her committment to Israel, Rice twists arms and comes out swinging. May the best man win.