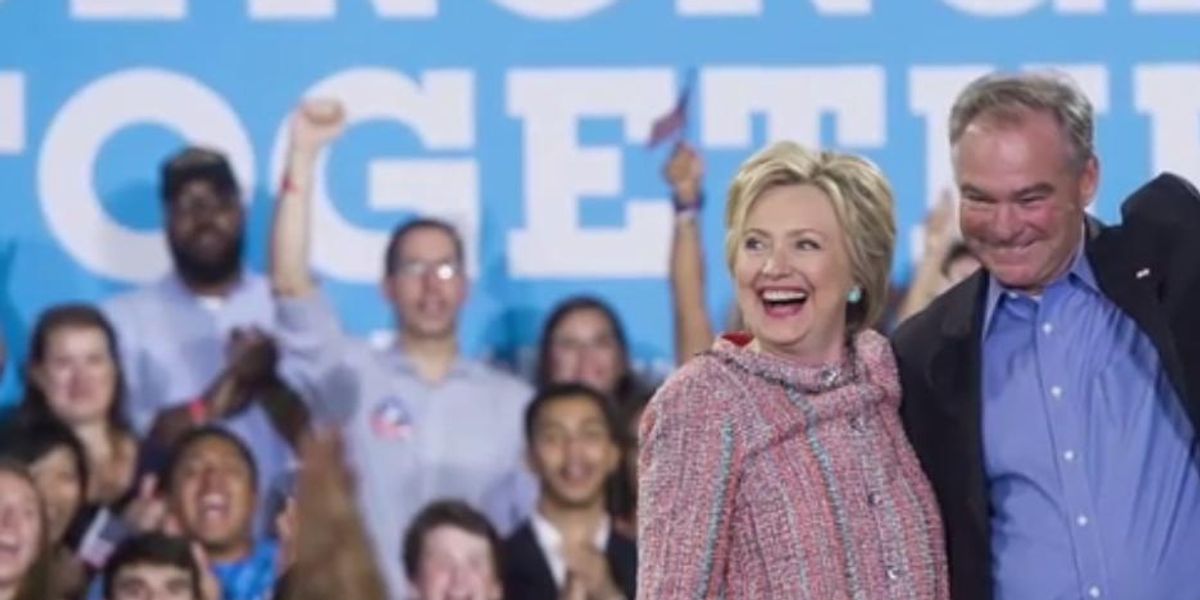 Today, Hillary Clinton announced Senator Tim Kaine as her running mate via a text that went out to supporters of her campain.

The Virginia Senator is from a swing state, has his roots in the working class, speaks fluent Spanish, and according to Hillary herself during a PBS interview, has "never lost an election," making him the most qualified pick for her running mate in one of the most contentious, wild races yet.

Other potential running mates included New Jersey Senator Cory Booker and Thomas E. Perez, the secretary of labor, among other men. She told PBS that she is "afflicted with the responsibility gene." Not rocking the boat by adding a woman or person of color to the ticket seems like the sensible choice, given the ignorant climate this election season.