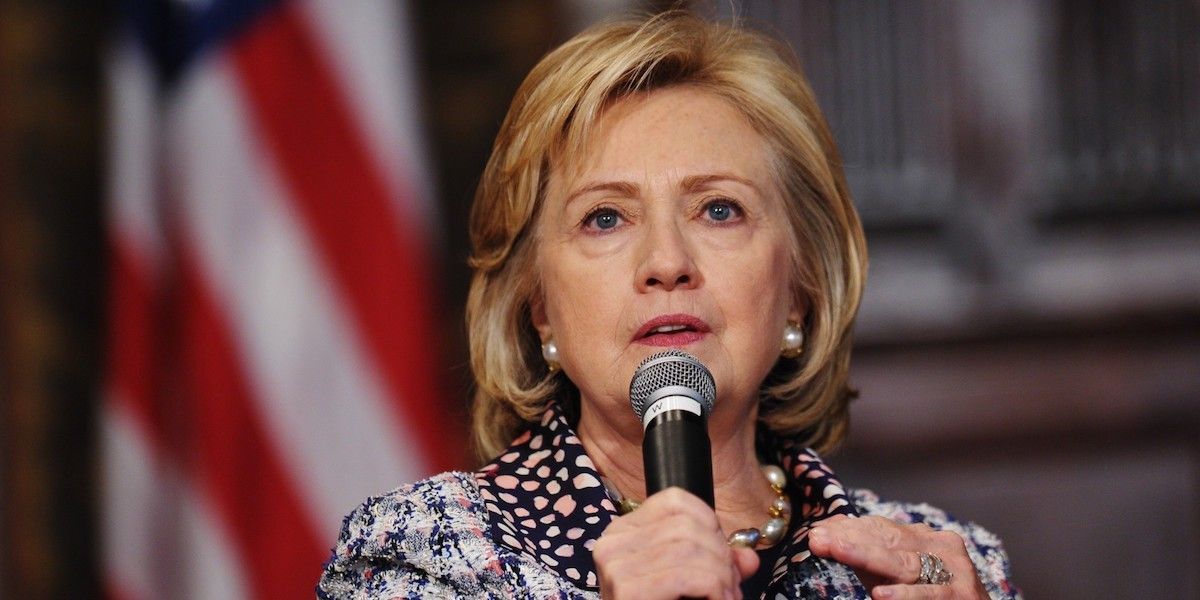 While making a stop in New Hampshire during her 2016 campaign, Hillary Rodham Clinton discussed the possibility of extraterrestrials and UFOs, and not surprisingly, the presidential hopeful got RAW as hell.

The topic spawned from a comment about her husband's speculation that aliens may exist during a 2014 appearance on Jimmy Kimmel.

"I think we may have been visited already," Hillary said, "we don't know for sure."

Clinton also divulged that John Podesta, who's been chief of staff in both Bill Clinton and Barack Obama's White House, has vowed to open Area 51's vault of secrets.

"[Podesta] has made me personally pledge we are going to get the information out," she said. "One way or another. Maybe we could have, like, a task force to go to Area 51."

YOU HEAR THAT? HILLARY WANTS THE GOD DAMN ANSWERS.

"The only way you're leaving here is in a body bag; you may as well get real," Hillary says--her face silhouetted under a hot florescent lamp.

I also LOVE imagining Bill and Hillary just talking about UFOs for HOURS...

...Hillary pacing around--a wool shawl draped over her as she steams a cigarette; Bill sitting in an armchair by the fireplace, rubbing his temples, trying to follow Hillary's frenzied speak.