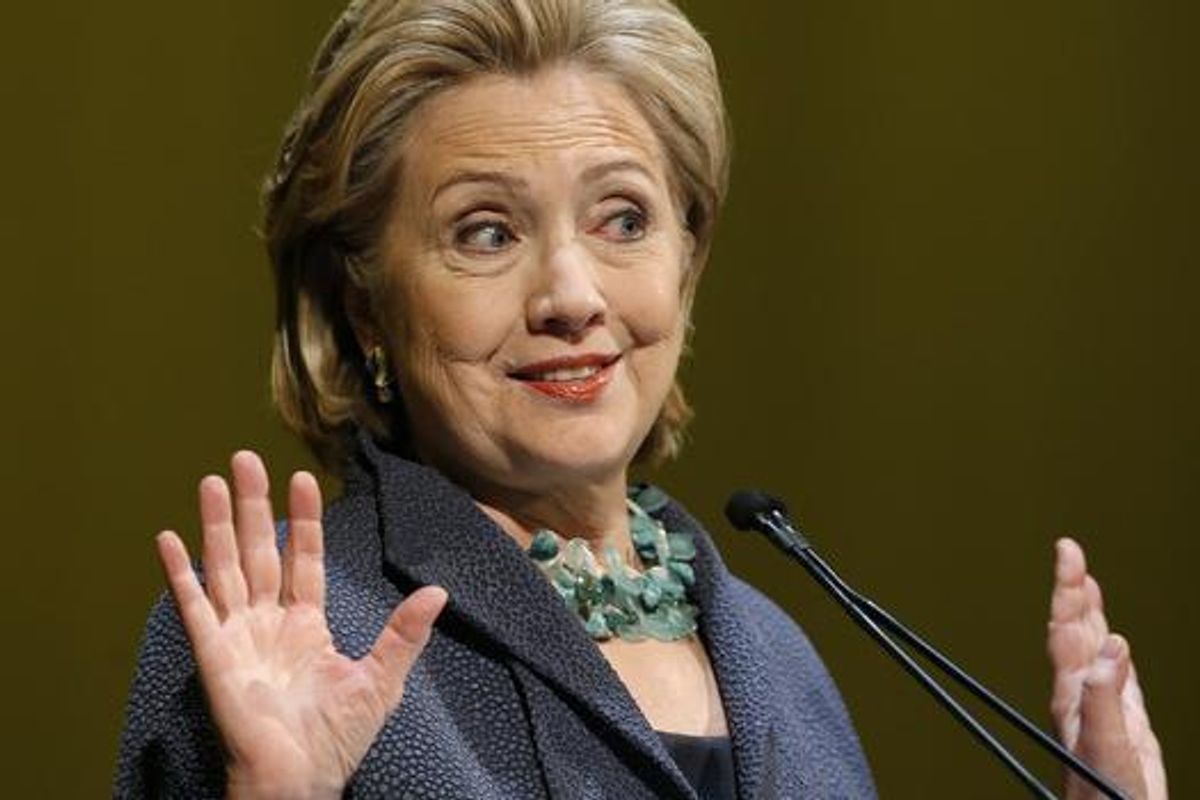 While President Obama opted not to attend former First Lady Nancy Reagan's funeral in favor of going to SXSW, our thirstiest Democratic presidential candidate, Hillary Clinton, did go. While there, Clinton did an interview with Andrea Mitchell on MSNBC where she reminisces about Nancy Reagan, and her aisle-crossing advocacy for gun control, Alzheimer's research, and...HIV and AIDS?


"It may be hard for your viewers to remember how difficult it was for people to talk about HIV/AIDS in the 1980s," Clinton said. "And because of President Reagan, in particular Mrs. Reagan, we started a national conversation."


It seems like it's hard for Clinton to remember how difficult it was for the Reagans to talk about AIDS in the 1980s. President Reagan didn't publicly address AIDS until six years after the disease began to emerge, and his administration did nothing to help combat it. Nancy rejected pleas for help from her friend Rock Hudson as he was dying of AIDS. Pat Buchanan, then Reagan's communications director, declared AIDS "nature's revenge on gay men." The Reagans were the very seeds of the "SILENCE = DEATH" movement.Clinton doubles down on her wrongness, billing their blatant disregard of the HIV/AIDS epidemic as "very effective low-key advocacy."

Someone in the Clinton camp spotted the gaffe, as Clinton's official Twitter has a statement up retracting the comment:

Hillary Clinton's statement on her comments about the Reagans' record on HIV and AIDS: pic.twitter.com/RtIs0zpJfk
— Hillary Clinton (@HillaryClinton) March 11, 2016

You can watch the full interview below, where Clinton manages to say many funeral-appropriate respectful things about Nancy Reagan that are also not wildly untrue.