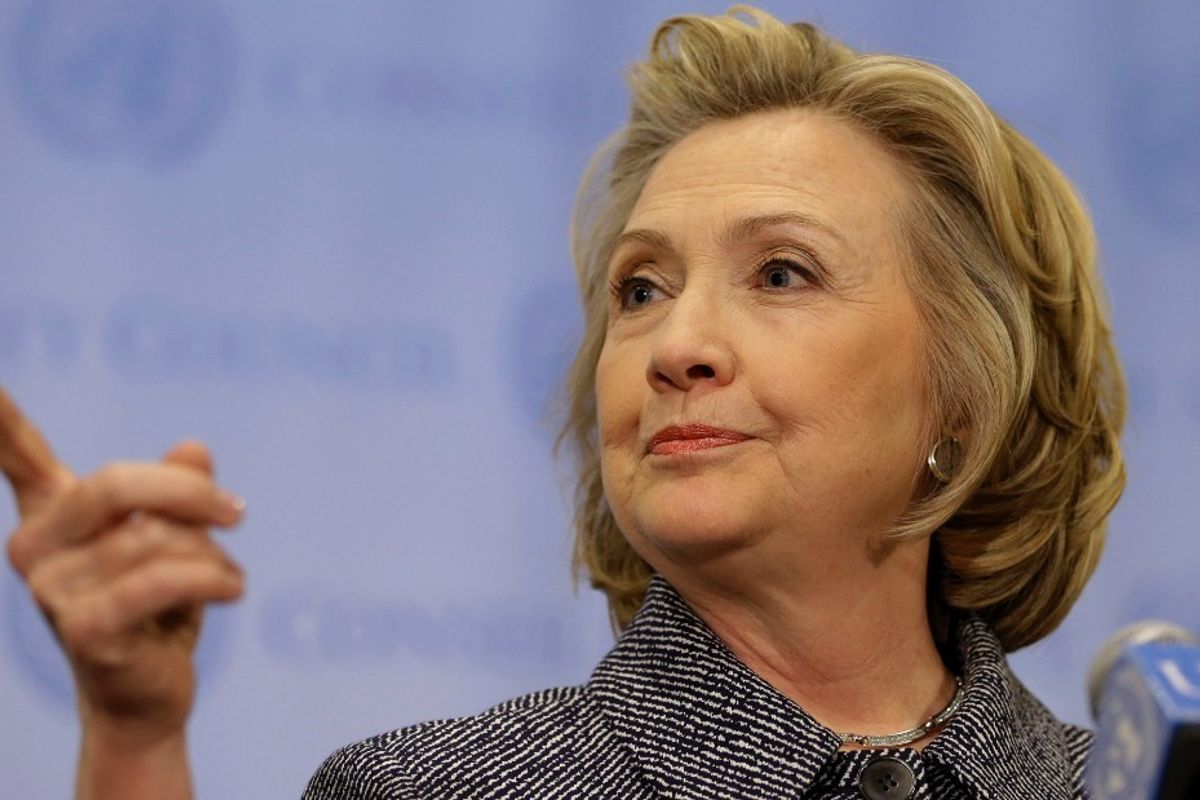 The presidential candidate and former Secretary of State bested Demo-darling Bernie Sanders, and is set to face off dark lord Donald Trump in the national election.

While Mrs. Clinton was most likely ecstatic for her triumph over four states, one MSNBC anchor, Joe Scarborough (of Morning Joe fame)...

...took a page out of the cat caller's handbook in a "suggestion" for Hillary.

Not sure if Hillary heard you, though; she's kind of busy.