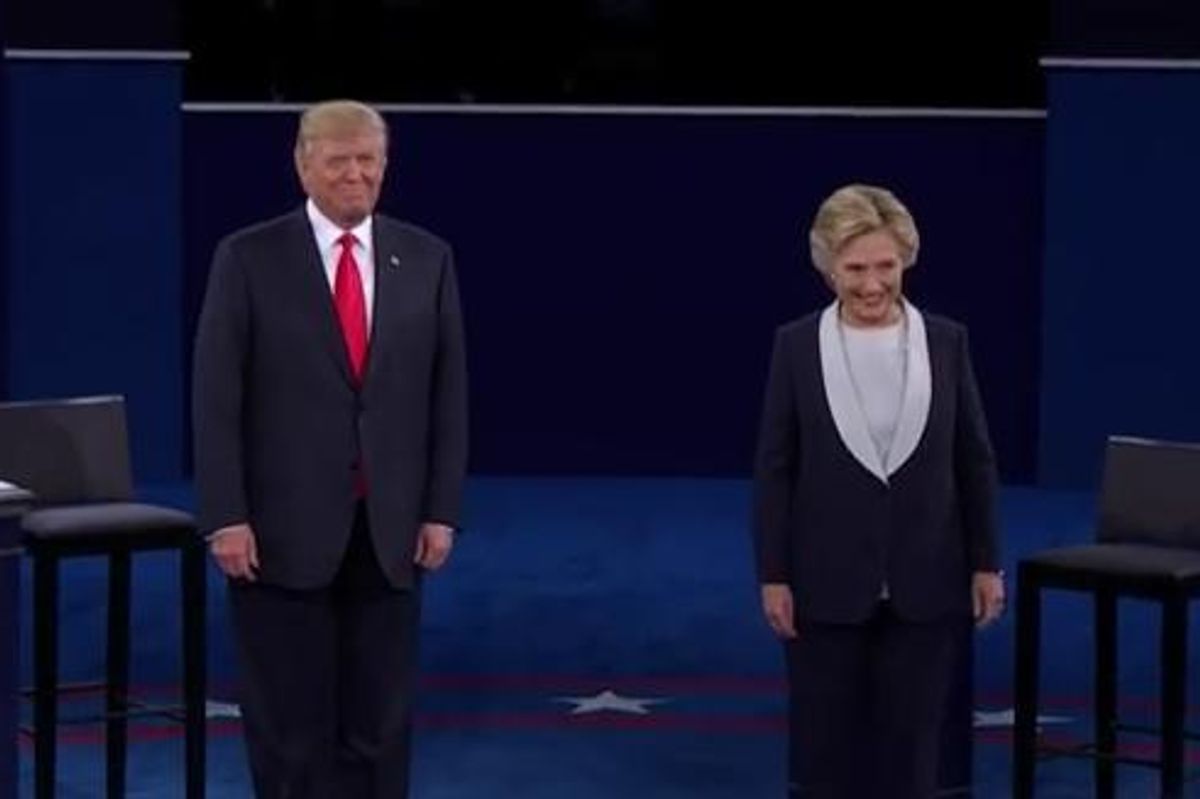 An effective new tool on the website for the Democratic presidential nominee, Hillary Clinton, called "The Making of Hillary Clinton and Donald Trump," shows the stark difference between the two candidates at different points in their careers; Trump's grifter ways, blatant prejudice and downright paranoia--past and present-- contrasted with Hillary's altruistic destiny, from her days as a law student to becoming a politician.

It's meant to alarm you, and it should.

You get the picture.