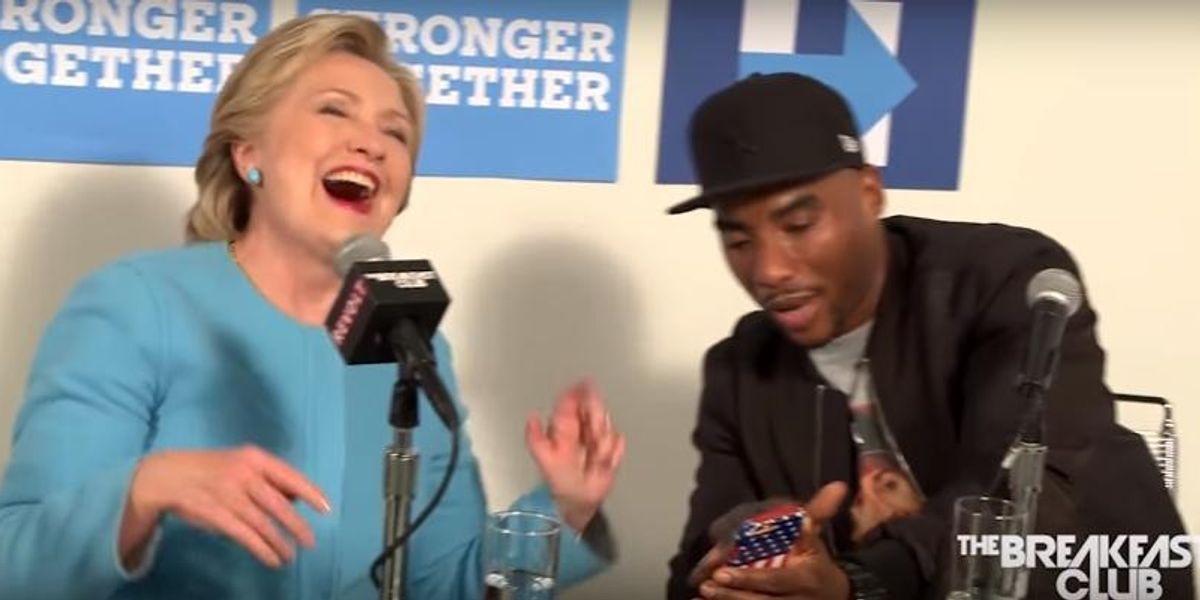 In less than two weeks, Hillary Clinton could become the 45th President of the United States--the first female president in history--and today, the Democratic nominee stopped by legendary NYC radio show The Breakfast Club, to discuss some important matters, like memes.

Among many things, Clinton mentioned how a record 200 million Americans are registered to vote (that happens when an impending apocalypse is at hand), notably 50 million young people. Mrs. Clinton also discussed how humor has been important with quelling the darker elements of this traumatizing election, praising SNL's depictions of her and opponent Donald Trump, specifically in the debates.

Charlamagne Tha God then showed Hillary that viral meme of her debate looks, as an homage to some of Death Row Records hip hop stars, including Tupac, Suge Knight, and Snoop Dogg.

While it's fairly clear Hillary didn't really know what Death Row Records is, her ability to roll with it is endearing--especially when compared to a certain megalomaniac sentient bulging neck vein.