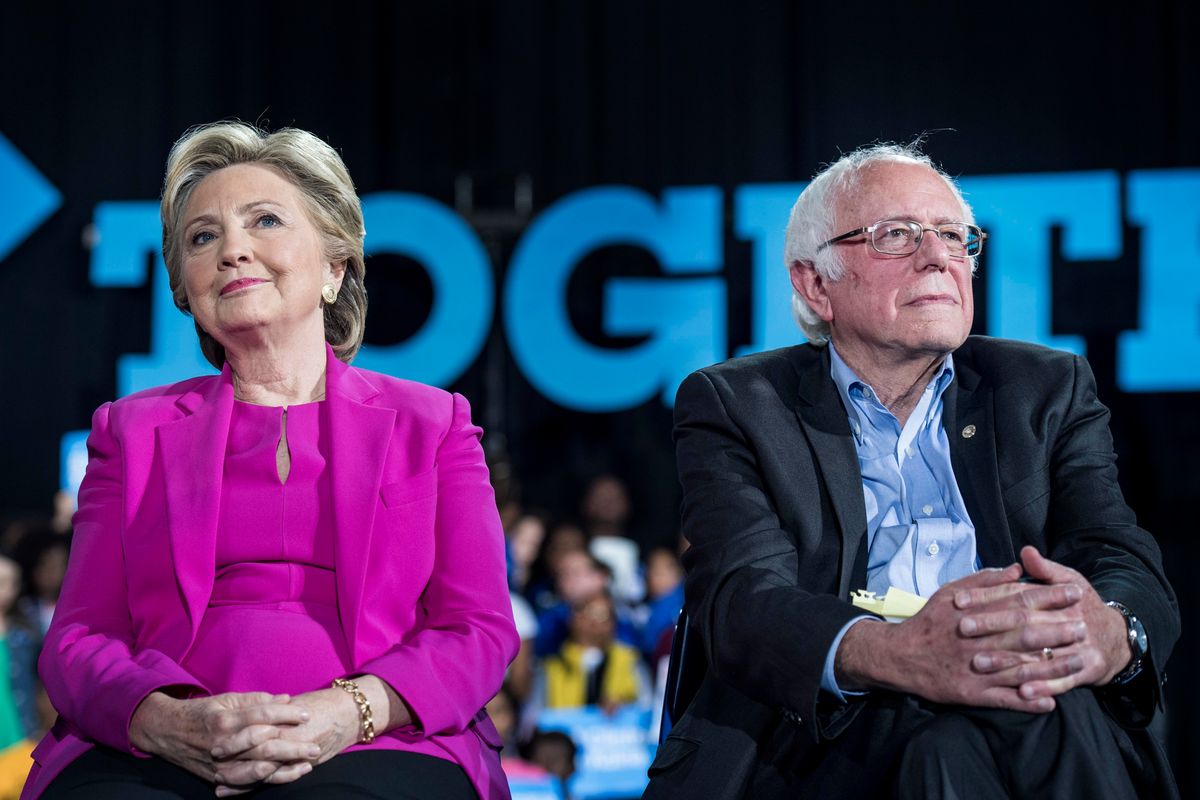 Hillary Clinton is starting to do press to prepare for the release of the upcoming Hulu documentary Hillary, and her cover story for The Hollywood Reporter is already causing a major stir. When asked about Bernie Sanders during the interview, she becomes particularly blunt, and three words uttered during the documentary eclipse the entirety of the THR conversation: "Nobody likes him."

The full conversation between Lacey Rose and Hillary Clinton happens to be one of Clinton's more confrontational interviews when it comes to addressing her thoughts on Sanders and his 2020 presidential campaign thus far. Rose reads back several quotes from the documentary to Clinton, including the now-trending hashtag #NobodyLikesHim, as well as, "It's all just baloney and I feel so bad that people got sucked into it." Clinton not only reaffirms these statements, but adds that she's not entirely sold on supporting Sanders if he wins the primary.

The scope of her sentiments around Sanders is not limited solely to the senator, though — Clinton also called out what she perceives as a problematic culture that surrounds him and his campaign. She states, "I will say, however, that it's not only him, it's the culture around him. It's his leadership team. It's his prominent supporters. It's his online Bernie Bros and their relentless attacks on lots of his competitors, particularly the women."

Twitter users immediately pushed back against the key statements from The Hollywood Reporter interview. A good amount of add-nothing "Fuck Hillary Clinton" statements populate the trending page, but many users are finding it more worthwhile to point out the hypocrisy in her criticisms of Sanders as a "career politician."

Since the breaking of this story, Sanders has made a brief comment on the entire situation, choosing to shift focus from Clinton's criticisms to Trump's imminent impeachment trial. "Secretary Clinton is entitled to her point of view. My job today is to focus on the impeachment trial," Sanders states bluntly to a group of reporters.

.@BernieSanders on @HillaryClinton: “Secretary Clinton is entitled to her point of view. My job today is to focus o… https://t.co/aLVI4u5ZrW
— Adam Kelsey (@Adam Kelsey)1579627997.0

Read the full interview for The Hollywood Reporter here.