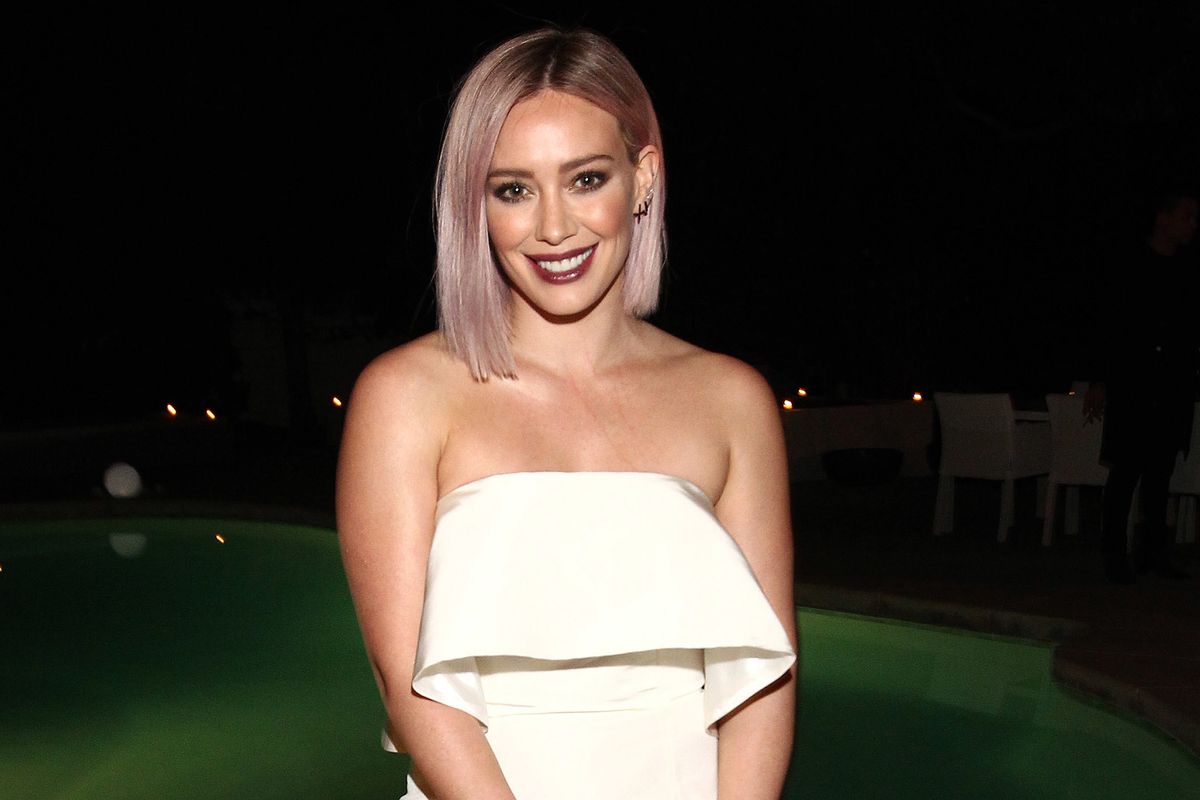 Hilary Duff Is A Placenta Mom

Hilary Duff and boyfriend Matthew Koma recently welcomed their first child (Duff's second) together, Banks Violet Blair. This week, the Younger star revealed on Dr. Berlin's Informed Pregnancy that she is all about the placenta-eating craze, which has been endorsed by multiple Kardashians, Chrissy Teigan, January Jones, Katherine Heigel and other celebs.

She told the host that she drank it in a smoothie, calling it the "most delightful smoothie I've ever had … I haven't had a smoothie that delightful since I was like 10 years old" describing it as "calorie-filled with juice and fruit and everything delicious."

Not only did she take the smoothie route, but according to E!, she has made the leftover placenta into ice cubes to use for… "treats." She went the ice cube route, because she "heard something weird about the pills" and that "placenta burps are not ideal."

Duff explained in the podcast episode that the theories that consuming your own placenta can fight off postpartum depression and bleeding were what convinced her to try it... despite the fact that these theories have been widely discredited by physicians.

Jen Gunter, the superhero obstetrician-gynecologist, who did God's work debunking a slew of Goop's cash-cow medical conspiracies including cancerous bras, depression-curing flower mist, and chakra-aligning vagina eggs, had this to say in her New York Times column on the subject:

"Placentas are often colonized with bacteria. Many are infected. As a general rule it's best not to eat something that is potentially teeming with bacteria, many of which may be pathogenic (meaning they can cause disease)."

As a person who's familiar with the relationship between bacteria and illness, Gunter's argument is pretty compelling. So, while we know it's important not to shame moms for their choices, considering that no matter what they do, they'll inspire Internet wrath, please be careful Hilary, and all moms whose post-pregnancy anxieties health brands and corporations are trying to exploit.