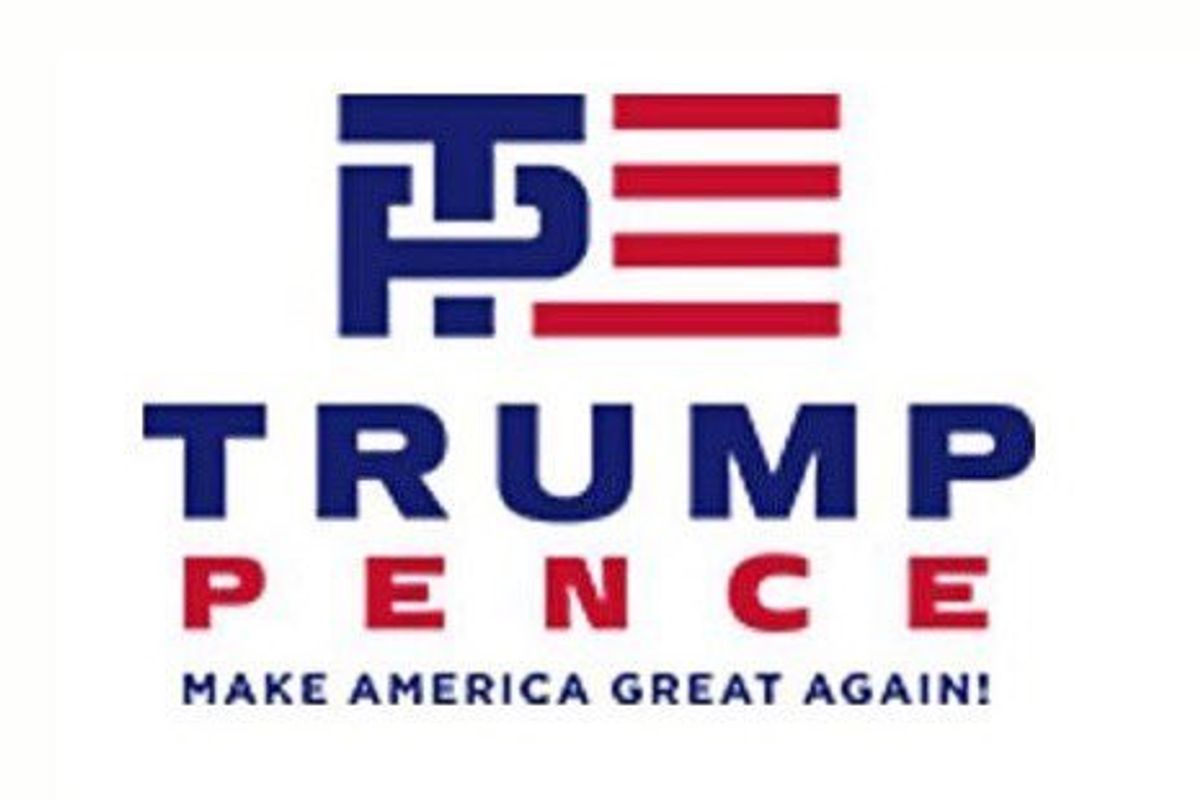 UPDATE: The Trump/Pence camp released a modified version of their logo on Saturday, following the field the media had with its original:

Trump has confirmed/announced that he has chosen Indiana governor Mike Pence to be his vice presidential running mate for the 2016 presidential election.

As we know, this is a VERY bad combination.

The one silver lining is that we, the internet, can null the true horror of this bigoted union, at least for a few hours, by making fun of their totally terrible campaign logo.

The Trump-Pence logo is so explicitly gay that I thought it was plugging the (pretty charming!) LOOKING movie on HBO.
— emily nussbaum (@emilynussbaum) July 15, 2016

On the left, the Aryan Nations logo.

But how are we going to explain the Trump-Pence logo to our kids? Won't someone please think of the children?
— Celeste Ng (@pronounced_ing) July 15, 2016

Boys will be boys...

Trump: Mike, check your email. The logo is up!

in case any news outlets want to use the Trump-Pence logo, i made it safe for TV pic.twitter.com/mxozHMzam6
— Matt Negrin (@MattNegrin) July 15, 2016

"When two people love each other very much and want to start a campaign together..." pic.twitter.com/OkOncMsbth
— Ellie Hall (@ellievhall) July 15, 2016

MAKE AMERICA GREAT AGAIN, by not voting for Trump and Pence.