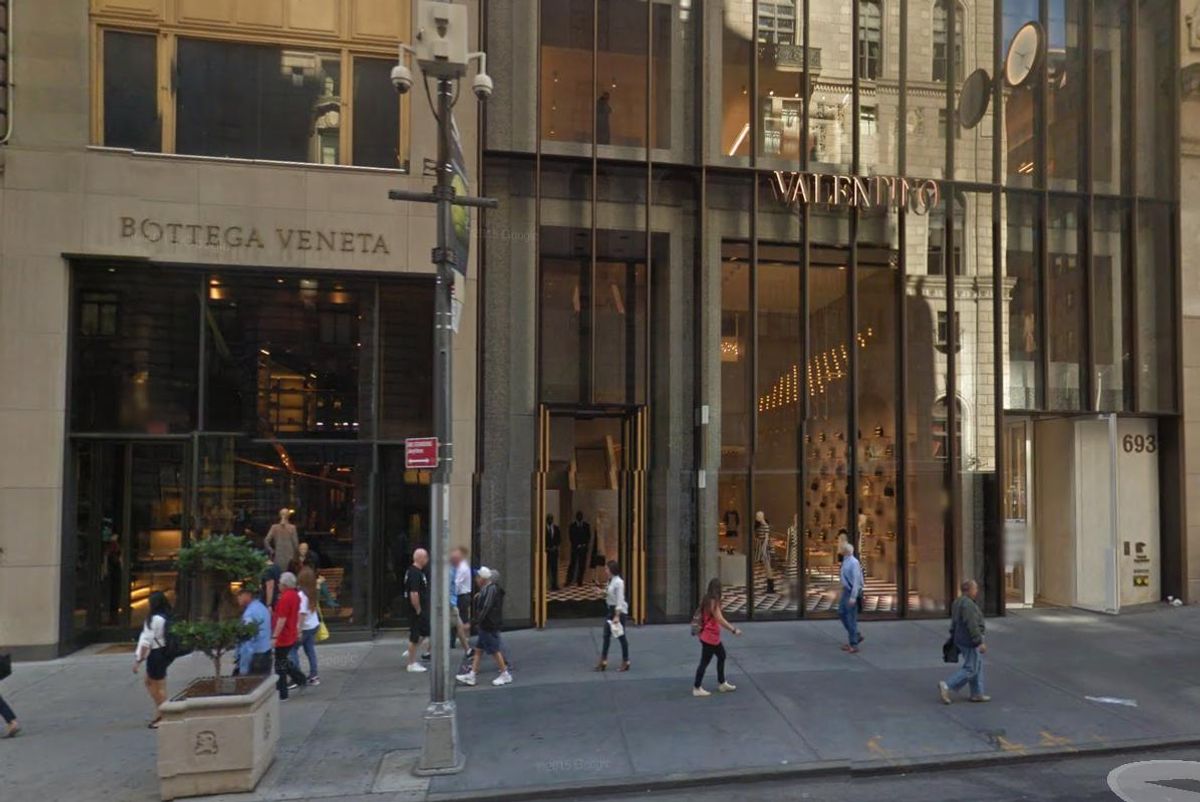 Last Saturday evening, a Muslim woman wearing a hijab was set on fire by a strange man while she was shopping on Fifth Avenue.

The 35-year-old woman, who, per DNAInfo, is a dentist visiting from Scotland, was out front of the Valentino store at 9 p.m. when she began to feel a little warm--and looked down to find her arm was on fire. She told police she noticed a man with a lighter in hand standing by her who then left. She managed to put out the flames and was uninjured, luckily only suffering damage to part of her sleeve. The NYPD are investigating this as a possible hate crime, and have released footage of the suspect (which DNAInfo has uploaded here).

The attack, coming around the 15th anniversary of September 11th, is another a rising tide of anti-Muslim violence in New York and around America. Earlier last week, a Brooklyn woman was arrested for assaulting two Muslim mothers, attempting to pull their hijabs off and shouting at them to "Get the fuck out of America, bitches." In August, an imam and his assistant were both shot in the head while leaving prayers at their mosque in Queens. Down in Orlando, the mosque where Pulse nightclub shooter Omar Mateen worshipped was set on fire Sunday night.

While this rash of violence is disturbing, it's also, sadly, nothing new. On Twitter this weekend, many people of color took to the hashtag #afterseptember11 to share stories of anti-Muslim discrimination and violence they've experienced in the years since the attacks.

#afterseptember11 I got falsely accused, humilated, and fingerprinted at age of 14. pic.twitter.com/PHqF8fBgPW
— Ahmed Mohamed (@IStandWithAhmed) September 11, 2016

#afterseptember11 my dad was held at gun point while leaving work and was forced to apologize for a crime he didn't commit
— - (@sincerelyaneeza) September 11, 2016

#afterseptember11 I had my headscarf torn off my head and got called terrorist in middle school. middle school y'all. I was 12.
— werdz (@abelsqotf) September 11, 2016