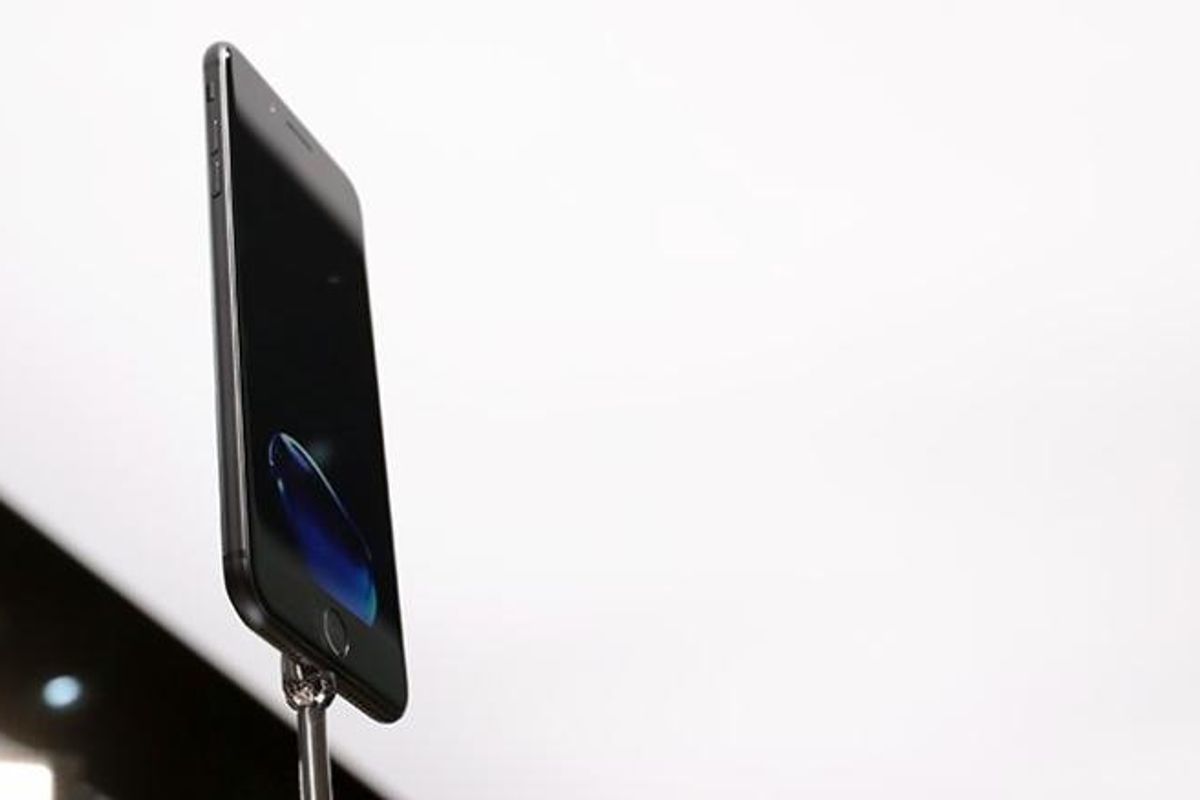 Like the iPhone 6, the iPhone 7 will come in both standard and plus versions and in matte black, silver, gold rose gold, and a fingerprint attracting high gloss black.

The phone has been in the tech pipeline for awhile, and though none of the changes to the ubiquitous smartphone are super unexpected, they're still worth noting:

1. NO HEADPHONE JACK. That's right. The iPhone 7 will no longer have the traditional 3.5mm headphone jack. Users can take advantage of the lightning-port adapter (and regular, non-wireless earbuds) that will come with the phone or buy a pair of wireless headphones (like the Apple AirPods, also announced today). This means no more getting your headphone cords all tangled with your bag strap/hoodie drawstring/hair/each other, which is awesome, but it also means fewer chances of standing tantalizingly close to your crush as you share a new soundcloud track.

2. Storage options will start at 32GB, instead of the usual (and frankly, almost useless) 16GB.

3. There's a camera upgrade for the iPhone 7, including a new 12 megapixel sensor that works 60 percent faster than previous cameras, an LED Tru Tone flash that will make low-light photos clearer, optical image stabilization and a wider lens. The iPhone 7 Plus has even more camera enhancements, including a dual camera that allows for better zooming. And both versions of the phone come with a better front-facing camera (seven megapixels up from five) for better selfies, obviously.

5. There are changes to the Apple Watch, too, which Apple is marketing as less of a fashion statement and more of a sports accessory. A collaboration with Nike will encourage wearers to get running, while a built in GPS and waterproof capabilities make it a more versatile exercise companion.