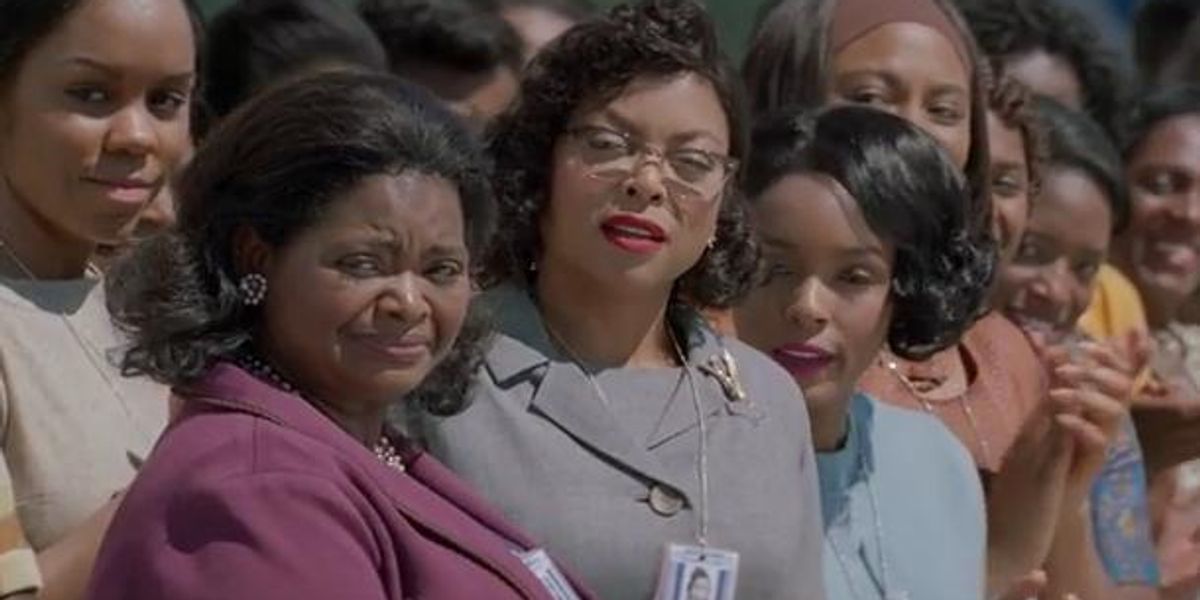 The first trailer for Hidden Figures has been released, starring the too-good-to-be-true trio of Taraji P. Henson, Octavia Spencer, and Janelle Monáe--the true story of three women of color/NASA employees who helped the US in the space race with Russia.

Henson stars as the brilliant mathematician Katharine Jackson, who, along with her two colleagues Dorothy Vaughan (Spencer) and Mary Jackson (Monáe) endured the racism and sexism of the 1960s, and helped bring America up to speed in Project Mercury, as well as the 1969 Apollo 11 moon landing.

Their calculations allowed John Glenn to be the first American to orbit the earth; Jackson's research on backup procedures were also used to help guide Apollo 13 safely back to Earth, after a catastrophic malfunction in the shuttle's oxygen tanks caused their mission to the moon to be aborted.

Katharine, now 97, was awarded the Presidential Medal of Freedom in 2015.