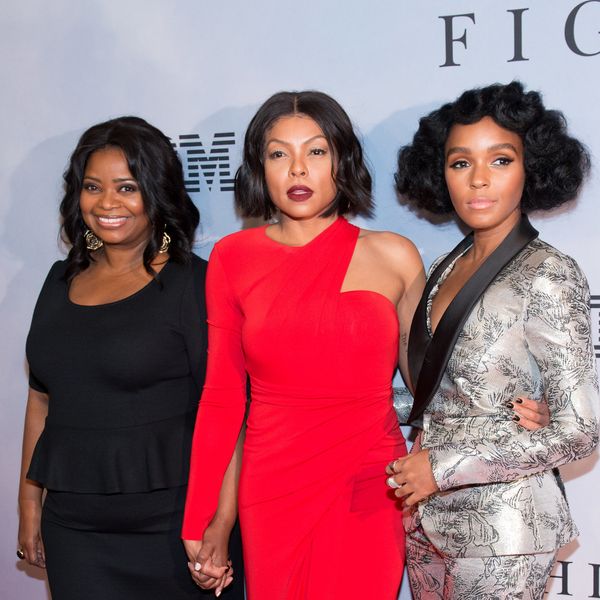 'Hidden Figures' Is Coming to TV

2016's critically acclaimed film Hidden Figures is officially being developed into a TV series by Nat Geo, a joint venture by National Geographic and 21st Century Fox. Variety reports that the show will be executive produced by Peter Chernin and Jenno Topping, who also worked on the film. The film is in the early stages of development, so it's unclear who will star in the series, but if the cast is anything like that of the movie, it's destined to be a success.

The film was based off a book by Margot Lee Shetterly. Set in the early 1960s, it told the true story of three black women who worked as mathematicians for NASA and who were instrumental in John Glenn's launch into orbit. The film was lauded as an empowering and necessary celebration of women whose stories were previously overlooked because of the intersections of racial and gendered marginalization they faced. Starring Hollywood icons Taraji P. Henson, Octavia Spencer, Janelle Monáe, Hidden Figures was nominated for three Academy Awards and grossed $235 million worldwide.

The show will be Nat Geo's second scripted series, following Genius, which just finished its first season and starred Geoffrey Rush as Albert Einstein. The next season will star Antonio Banderas as Pablo Picasso.