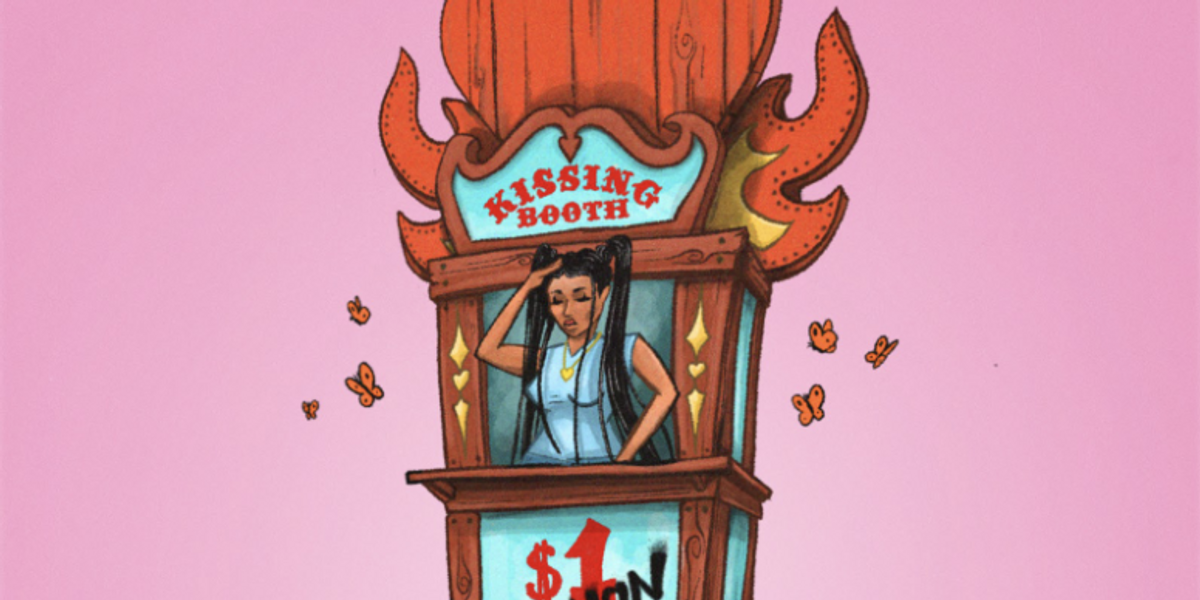 2020 has been a breakout year for Wuki: he received a Grammy nomination for his remix of Miley Cyrus' "Mother's Daughter," became a TikTok trend with track "Better" and his single "Throw It" was featured in Netflix's Work It with Sabrina Carpenter and Jordan Fisher.​ Now, the artist teamed up with Tate and Stoppa to create a reimagined rendition of the Sweet California classic, "Hey Mickey!" The famous ear-worm hook is paired with Tate's smooth vocal style and Stoppa's powerful rap verse.

"I remember this session like it was yesterday," Stoppa tells PAPER. "He had an idea of this hook he wanted me to lay down, and once I did, the song came together super fast. We reconnected months later and he told me he got this badass artist named Yung Baby Tate on it, I heard her verse and was like ok yeah, I gotta redo mine because she killed it!"

Tate explains the song resonates so deeply because of the incessant catcalling and objectification she has to deal with on a daily basis. "Hey Ladies" provides a much-needed response and alternate perspective; an ironic look at how men try –– and fail –– to attract women.

"As a woman, I know first-hand how persistent a man can be when they feel entitled to your energy," Tate said. "The amount of times my obviously uninterested friends and I have been approached with a 'Hey, Ladiesssss' is almost comical! Guys, word of advice, next time you see a lovely lady and want to approach her... please don't be a creep, nerd, or loser about it. Trust me, we don't like it!"

Wuki prides himself on championing Black artists and female empowerment, so he was more than happy to give Tate and Stoppa the perfect platform to run with this dance-ready tune.

"Really excited I finally get to release my first 'pop' record as Wuki," the producer said. "To be honest I always struggle with making a pop song for myself, I never wanna make a typical vocal record — if it's Wuki, it's gotta be fun and booty bouncing. I really think we nailed it with this one though, it's the perfect blend of the sounds I love on one record."