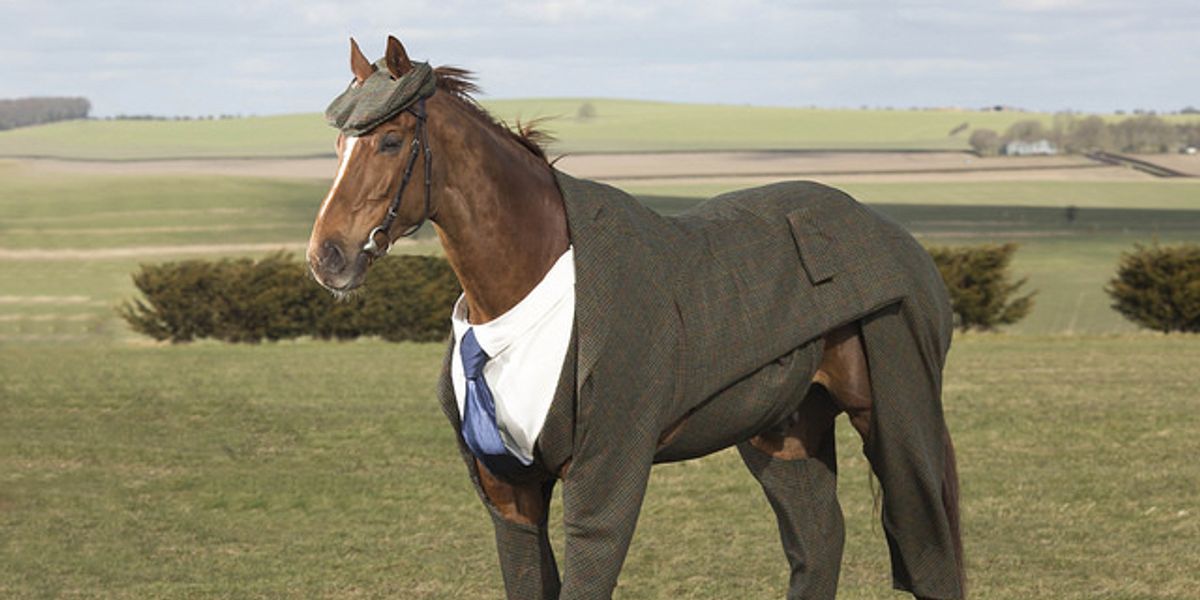 Those will be some well-dressed ponies.

The Olympics aren't known for being a hotbed of high fashion, instead highlighting broadly-unattractive team uniforms and ensembles from sportswear companies, and occasionally a sportier-leaning brand, like Ralph Lauren or Lacoste. This won't be the case this summer. For Rio de Janeiro's Games, Hermès will inject some class as the official saddler for Brazil's show jumping team when they compete in August.

"A strong connection between the Hermès saddle and Brazilian riders has existed for more than half a century," a representative for the brand's equestrian division told WWD. This is the first time Hermes has signed up with a national team to make saddles.

No word if Hermès will also be supplying the horses with outfits for the athletes' parade during the opening ceremonies, but presumably they would look as dapper as this English horse, dressed in a full tweed suit by McQueen disciple Emma Sandham-King for William Hill. That's a high bar, Hermès.