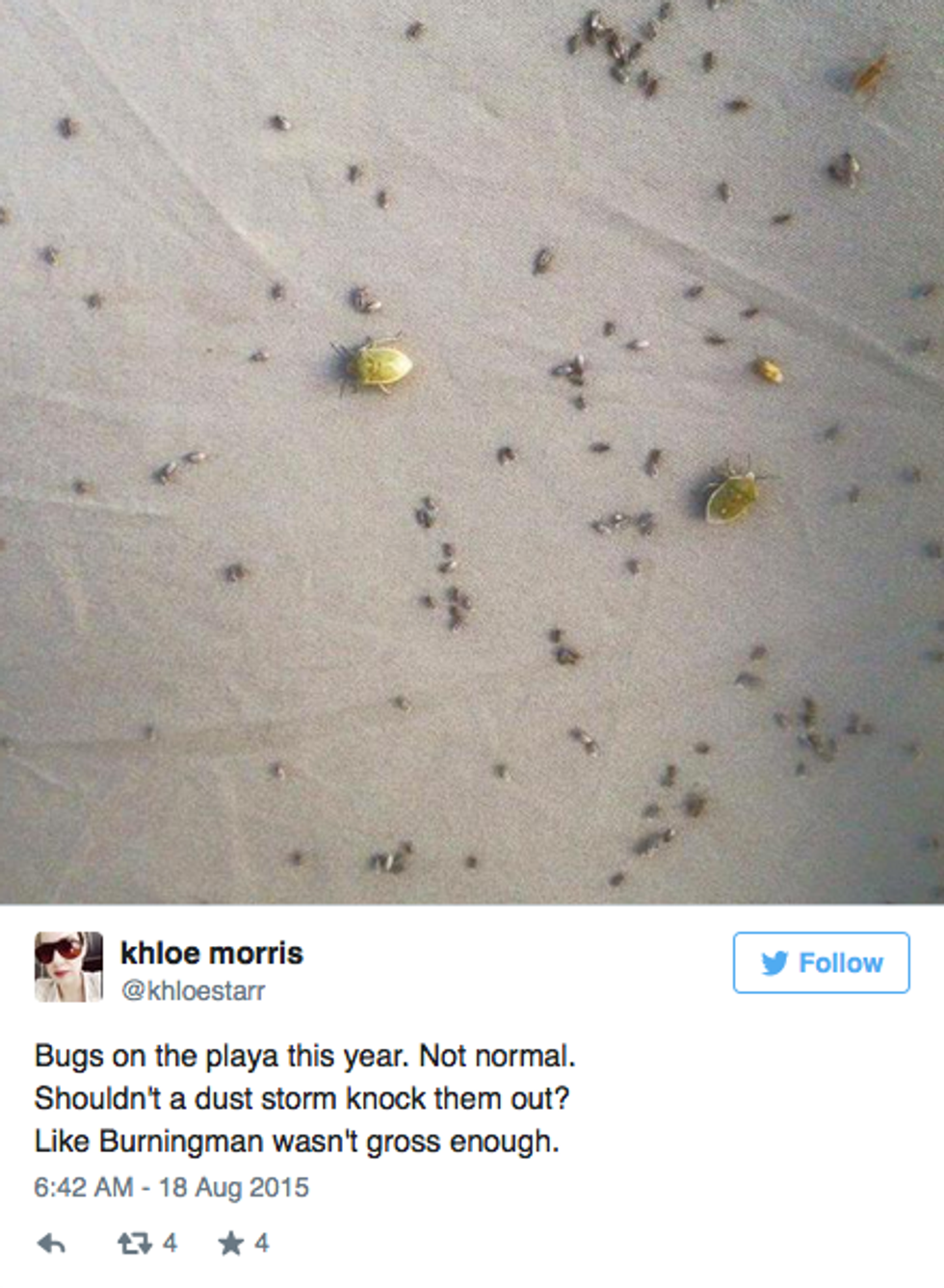 Here's Your Daily Dose of Schadenfreude: Burning Man Is Infested With Horrible Bugs

by Abby Schreiber
PAPERMAG
[Photo via Instagram; these people are not necessarily infested with bugs]
Burning Man is infested with bugs. And, no, not the imaginary kind that happens when you take a bad dose of something and start tweaking out. These are real, horrifyingly abundant green critters that seem to have crawled their way into every steampunk-decorated nook and psychedelic, Summer of Love rip-off cranny at the fest. While at first it might not seem like a big deal -- the festival is outside and the wild outdoors DOES have bugs after all -- just a few photos of these swarming little insects straight out of Moses and the 10 Plagues is enough to make you want to lock yourself in a dark room with a bottle of whiskey.

And did we mention they bite?

The Burning Man organizers have even confirmed their existence with an all-too-real, 'peak Burn' blog post that reads better than if SNL writers had come up with all the names.

You may have seen the bug rumors on the internet. We are here to tell you that they are all true. Well maybe not all of the rumors, but the bugs are real. They're everywhere. They bite. They crawl all over you. They get up and in you.

Twin Peaks, who's leading the construction of the Center CafÃ©, was talking about how bad they are when she jumped a little and pulled her t-shirt away from her body. A good-sized green bug fell to the ground. It had crawled into her bra.

Metal Shop Heather wears a welding mask most of the day. Bugs have crawled up inside her visor and nestled around her eyes. Cammy and Stinger needed some help from the medical team to deal with the infestation; Stinger's back was covered with nasty red welts from the bites.

No clue if Burners have a sense of humor or what but maybe if nothing else, green creepy-crawlies can provide some costume-inspo for Burning Man 2016?