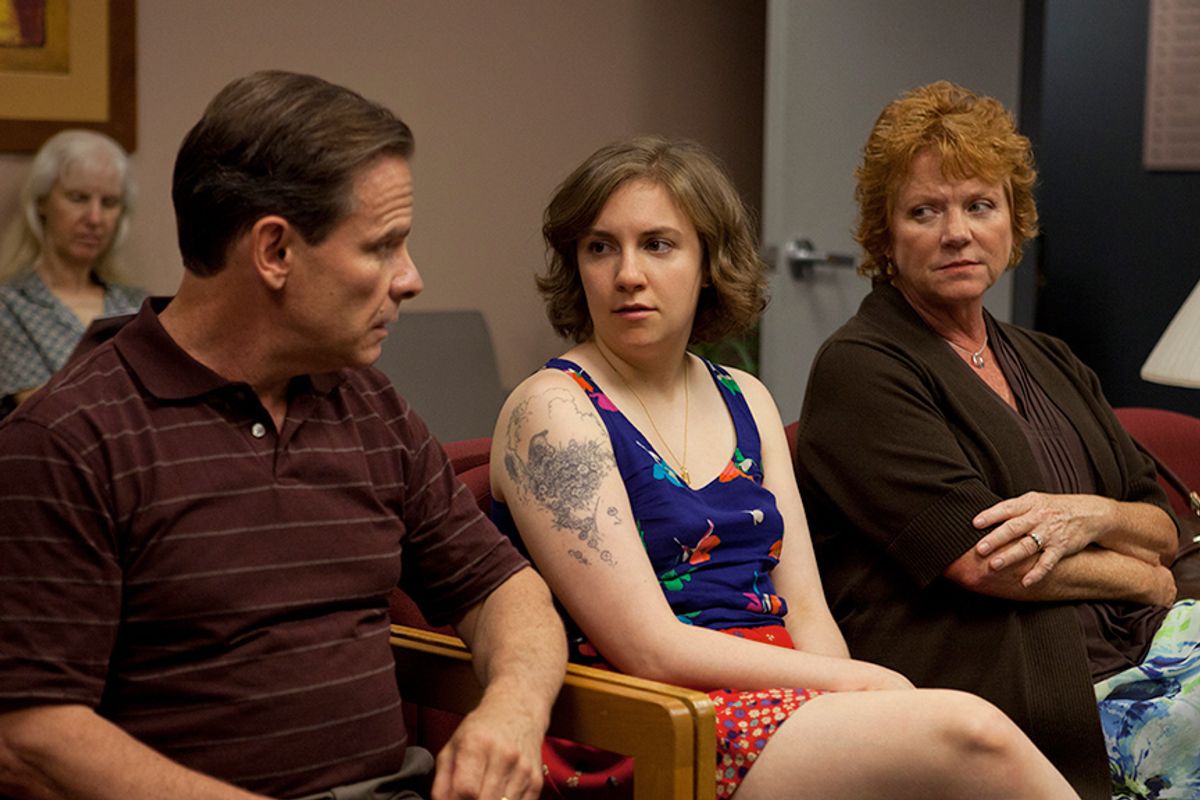 The new ( and possibly penultimate?) season of Girls hits HBO February 21, and the network has released its first teaser for the season. It's a quick clip emblazoned with the very Girls sentiment, "Dance like no one's watching," with Lena Dunham's Hannah trying to take that advice until she bumps into her mom. Real heads will remember that Loreen, played by Becky Ann Baker, had a bit of a rough season last year when her husband Tad came out as gay -- and they'll also recall that the coda to last season's finale (one of the best episodes the often-controversial show has ever done) found Hannah apparently happy and coupled in the midst of winter. The clip below won't answer where the show's creative team goes from there (or show any signs of cool Girls intern Malia Obama, but at least it'll whet your appetite. [via The Hollywood Reporter]