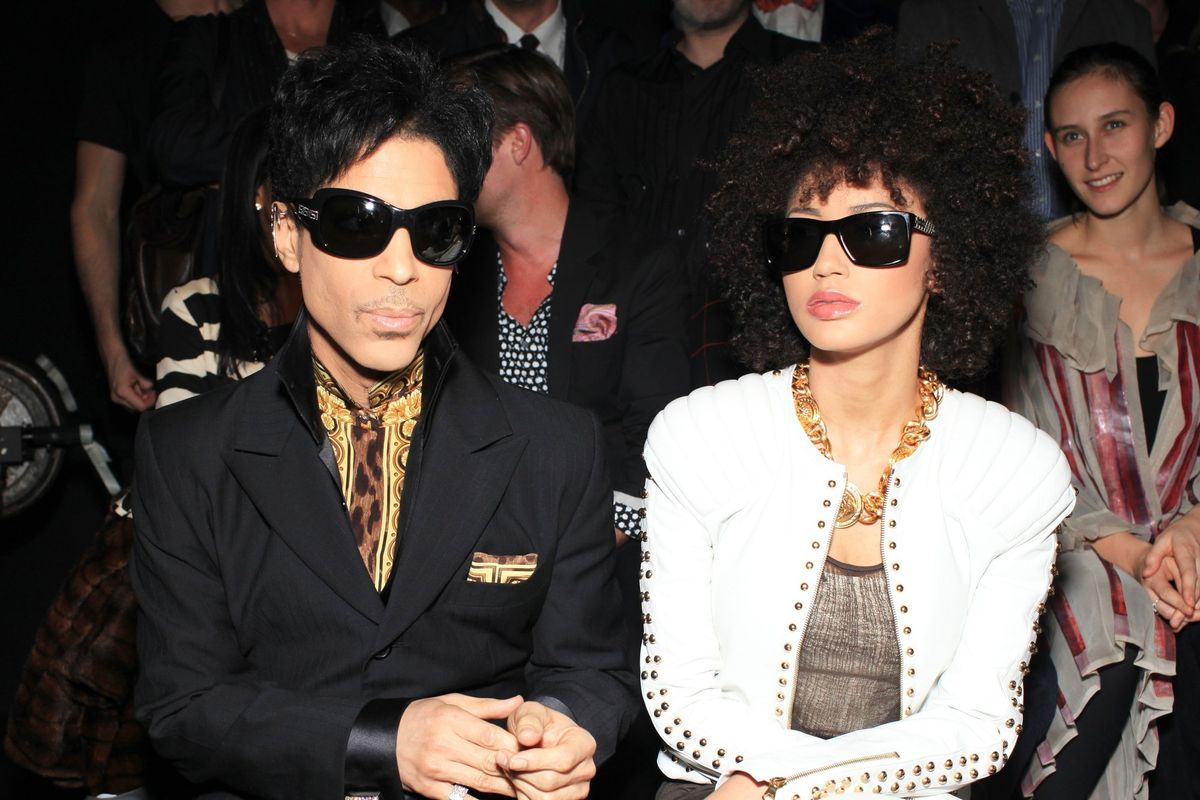 Here's a Guide to the Revolution of Women Behind Prince

Prince may have made a name for himself because of his own talent, but he became a legend for other reasons. He wasn't afraid to be himself—he made a place in the world for the weirdos, just like David Bowie before him. Prince embraced his feminitiy and masculinity simultatneously—he represented the genderqueer community before the term was really coined within society.

Furthermore, Prince was an advocate for women when it came to music. He helped several women launch their careers and pursue their dreams. At a time when we've seen artists like Kesha lose their voices when it comes to the music industry, the literal and figurative importance of Prince's very existence is needed more than ever. While Prince is no longer with us, his ability to use his talent and power within the music community to help women stand out and use their voices is something that should continue to live on in his honor.

As we remember the Purple One, let's remember the women who have him to thank, in part, for launching their careers.

Prince met Denise Katrina Matthews aka Vanity in 1980. He claimed that she was the female version of him. Prince proceeded to rename her Vanity and made her the frontwoman of the band Vanity 6. In addition to helping Vanity launch her career, the two musicians dated during the 80s. Sadly, Vanity passed away earlier this year.

Back in 1988, Prince invited singer and saxophonist Candy Dulfer on stage to perform with him at one of his concerts. One year later, she'd star in his video for "Partyman," which would help put her on the map even more. The daughter of musician Hans Dulfer, Candy performed with Van Morrison, Dave Stewart, Alan Parsons and Pink Floyd, in addition to Prince.

Sheila E.
Sheila E. aka Sheila Escovedo had a long musical relationship with Prince. They met at a concert Sheila E. was performing at in 1978 with her father. Prince declared she'd someday join his band, and she later did. While she went under Prince's wing and they began working together during the recording of Purple Rain, Sheila E. was extremely successful on her own accord.

Gaines was first in a family group called Unity, but her vocal talents led her into sing a demo for The Pointer Sisters. Prince happened to come into the studio and admired her talents. He asked her to be a member of The New Power Generation. In 1990, Gaines became the new vocalist and keyboardist on the Purple One's Nude Tour.

In 1990, Garcia - a professional belly dancer - caught the attention of Prince after her mother submitted a video of Garcia dancing. Garcia ended up dancing on Prince's Diamonds and Pearls Tour. They often collaborated, married in 1996 and later divorced.


Cat Glover is a dancer, singer and choreographer. She is most well-known for her collaborations with Prince during the late 80s. She provided vocals and dance moves on his Sign o' the Times tour and Lovesexy Tour. After working with Prince, she released a solo EP called Catwoman in 1989.

While Jill Jones unofficially contributed vocals to 1999, she was still very much one of Prince's muses. In 1987, she even had her self-titled album produced by the Purple One.

Back in the early 80s, Wendy Melvoin and Lisa Coleman began working with Prince in The Revolution. They began providing vocals on Prince's albums and later toured with him. Eventually they'd find success on their own, releasing their debut album in 1987.

A Minneapolis native like Prince, Bria Valente was one of Prince's protégés as well as one of his girlfriends. She sang on Prince's album Planet Earth, and he later produced her solo album Elixer in 2009.

Like many of the women before her, she sang vocals on many of Prince's records. Additionally, she acted in the movie Graffiti Bridge. Her 1991 album was produced by Prince and he even co-wrote five of the songs on it.

Margie Cox aka Ta Mara worked with Prince for a long period of time with The New Power Generation. She recorded over 25 songs with Prince for a band whose album was never released called M.C. Flash. Prior to working with Prince, she was in a band called The Seen

Over the years, Prince wrote a slew of songs for Sheena Easton to perform including "Sugar Walls" and "101." The duo had a longstanding musical relationship and she duetted with Prince during his career.

During the early 90s, Carmen Electra was a backup dancer on Prince's tours. She also appeared in his music videos. The name she's most famous for was also created by Prince. Her debut album was produced by the legend in 1993.

Elisa Fiorillo had a mixed career of releasing solo albums and backup singing. In 1990, several of the songs from her sophomore album were produced and written by Prince. Later she becamse a member of The New Power Generation and toured the world with Prince.


Támar aka Ashley Támar Davis may have been the luckiest girl in the world. In 1994, Prince heard a demo from the singer and wanted to hear her singw hen she was older. After getting an invite to a Prince house party, she re-introduced herself to the Purple One and auditioned for him right then and there. Prince then wanted her to sing in a video of his. Támar later toured with Prince for 3121. She was actually in Destiny's Child before it had its name (back then it was "Girl's Tyme").

Gospel music singer Jevetta Steele met Prince while she was singing with her family musical group The Steeles. During a session with The Steeles, she met Prince and recorded most of her album at his Paisley Park studio. Over the years she continued to record and tour with Prince.