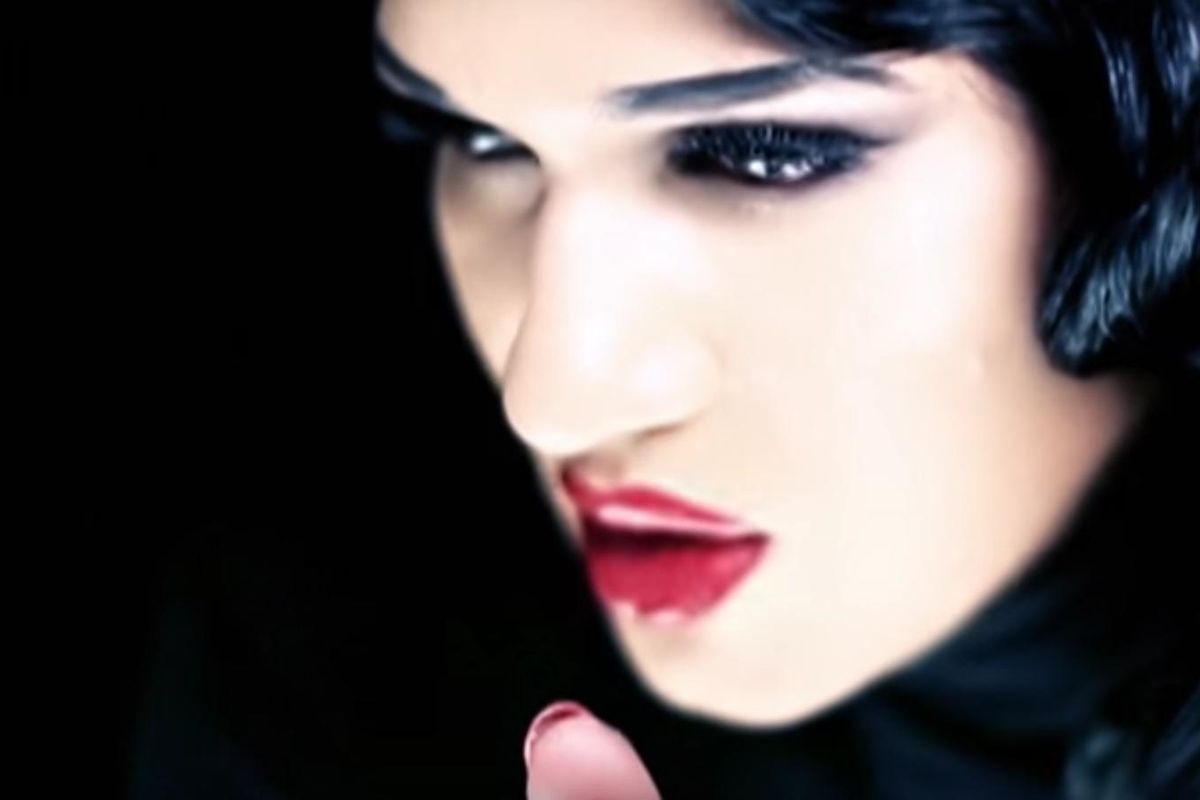 Watch The Video For "The Light," A Posthumous Collaboration Between J Dilla And Nomi Ruiz

We spoke to Ruiz about gender and acceptance in hip-hop.

Nomi Ruiz crash-landed on the New York music scene several years ago as a former member of dance music groups like Hercules & The Love Affair and Jessica 6. But her newest project, Borough Gypsy 2: NOMI vs. DILLA, sees her going solo and returning to hip-hop -- her first love -- with a collection of original recordings that sample the late rapper J Dilla's instrumentals.

As a trans musician of color, Ruiz says she's always felt like she's been on the outside looking in, especially when it comes to her passion for hip-hop. So in addition to premiering "The Light," the first video from Borough Gypsy, we wanted to talk to her more about what sparked the collaboration with Dilla, genderless music and how she deals with the music industry's slow adaption to alternative gender identities.

What lead you to want to "collaborate" with J.Dilla for this project?

I discovered J Dilla in 2006 and it was actually after he passed away. Everyone was posting [photos] of him and so I saw him everywhere -- I was like "Oh my god, who is this?" I was actually upset that discovered him as a result of his death -- that I didn't get to enjoy him while he was here.

What is it about his music that speaks to you?

The emotions. The floodgates would just open when I was listening to Dilla for some reason. I would listen to a lot of his instrumentals and there was something about them that was really meditative for me. That's how this mixtape started -- it really inspired the writing. I would just privately freestyle or write my own little songs to his instrumentals when I wasn't working on an album or doing a tour or something.

For a few years I had been accumulating my own private recordings. It was after I recorded the track "The Light," when I was in a really emotional space, writing on top of that track helped me get through that moment in my life. I wanted to share that experience that inspired me to write that song, to give [listeners] that same relief. Then I realized I had a bunch of other [songs] and started thinking about how this whole thing could be a beautiful tribute to Dilla.

Also I love his mixtapes -- they're nonstop, every beat falls into the next one. [This] was what I wanted to hear as a mixtape now from an artist.

A lot of musicians like Erykah Badu and Common and the Roots have made musical tributes to Dilla. Why do you think he left such a legacy?

I feel like there was something really spiritual about him. Something really next level. Just the fact that I had no idea who he was, [speaks volumes] -- he wasn't really an egotistical artist. I think he was ok just making tons of beats. Producers nowadays are trying to be up in the music videos or be at the front of the stage. Dilla was the kind of artist who loved collaboration and to nurture vocalists and MCs.

He was an artist's artist.

Yeah! He was really in tune with the spirituality of art and music. That's why I'm drawn to him.

Hip-hop has a long and complicated history with transphobia and queerphobia and discrimination against LGBTQ artists and musicians. Does this mixtape respond to that?

It does. Actually in "The Light," there's a lyric that says "They won't let me in/Won't let me see what it is to reap the benefits of being born a gifted being." That was me expressing how difficult it is in hip-hop and the music industry being a trans woman. It just needs to get to a point where they will actually listen to your music instead of just like pushing you away because they can't comprehend that you exist as a female and as a sexual being.

It's been a battle and I express that in that song and the mixtape as a whole. It's a statement because it'll get people who love hip-hop and R&B to listen to the work that I do. Cut past the imagery, sexuality, gender and just enjoy the music which is genderless.

Can you speak to some of the discrimination you particularly faced in the industry?

I've had my agent say "it's not a good idea to have you on this tour because you're trans." Or not hiring me because I'm trans -- you lose a lot of opportunities. And even if I don't get work [because of something that's unrelated to my gender identity], once it's embedded in your brain you always wonder, "Is it because of that?" I'm not allowed into certain parts of the industry.

Were you nervous about this release or honoring a hip-hop legend for those reasons?

No, I'm excited! I'm more curious than afraid to see how [people react]. The conversation is so different now than when I was first making hip-hop. There wasn't this dialogue about queer artists. I think the timing's right.

As a trans artist of color covering a black musician, what do you think about inter-POC artistic allyship? Do you think you can bring something to this project other artists can't?

Definitely. Hip-hop for me is rebel music. It was punk at the time when it was first brewing. It was really being used to deliver messages from minorities, specifically from black culture. It totally makes sense for a trans woman who is of color and who can show another layer of oppression to embrace hip-hop.

Even if I were to sit down with [people who don't think I should be here] and if they were to say "who are you to rap over a Dilla beat?" I'd say, "[hip-hop] began as rebel music and I'm pushing it further. If anything I'm more punk than you. I'd love to see you walk down the street in my body and survive in New York City and then tell me I'm not allowed to express myself through hip-hop."

What went into creating the video for "The Light"?

I collaborated with Gabriel Magdaleno. He is a photographer and creative director. We wanted to do something simple and we wanted to get the video in one shot. For "The Light" we definitely wanted to capture the emotion behind the lyrics. Close-ups are so vulnerable. I'm not usually that close up in the camera. It was really intimate. When people see it they can feel like I'm speaking directly to them.