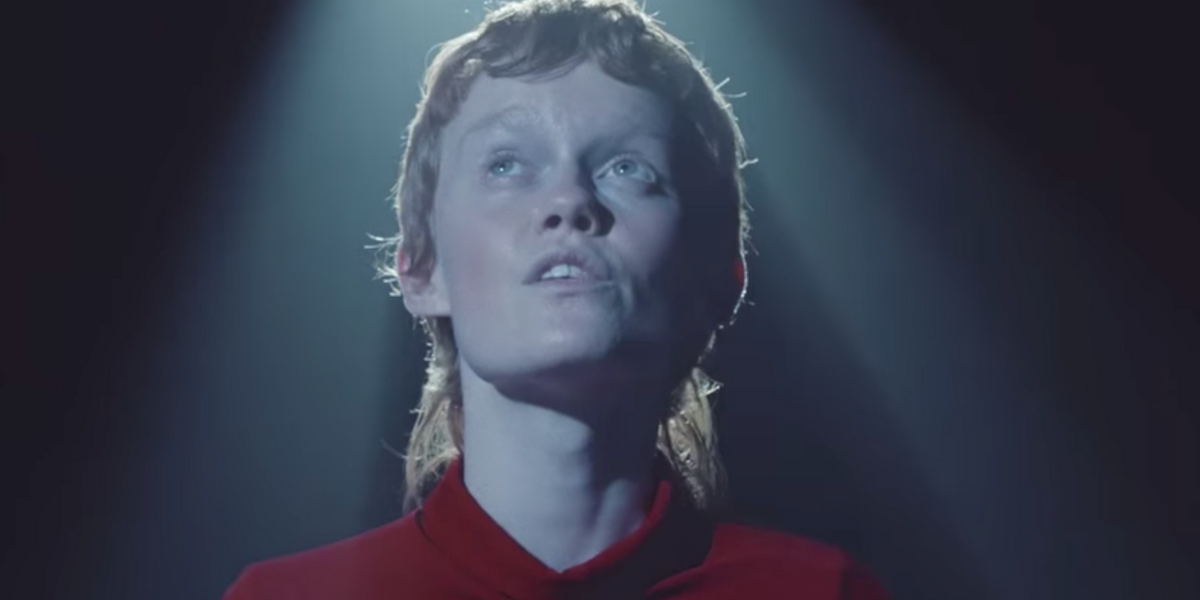 Hercules & Love Affair have a new album coming out at the beginning of September. After sharing the dance-inflected lead single "Controller" in February, the Andrew Butler-lead band is back with the record's second single: the album's title track, "Omnion," which features guest vocals from Sharon Van Etten.

The video for the track, which is out today, comes courtesy of the Crown & Owls film and photography collective, and finds an unnamed figure, dressed in a red almost Handmaid's Tale-inspired dress, ascending what appears to be a neverending staircase. As she gradually gets closer to the "top," she encounters other individuals—including children who go from praying together to playing together and a young girl who sits alone crying.

Meant to tell a story of rebirth (according to the directors), the video concludes with the central figure approaching the end of the staircase, only to find that it's a liquid surface, as if she had been underwater the whole time. When the adult woman finally emerges from the water on the other side, she's been transformed into a child—the ultimate signal of rebirth. It's all beautifully surreal.

Watch the immersive journey below.