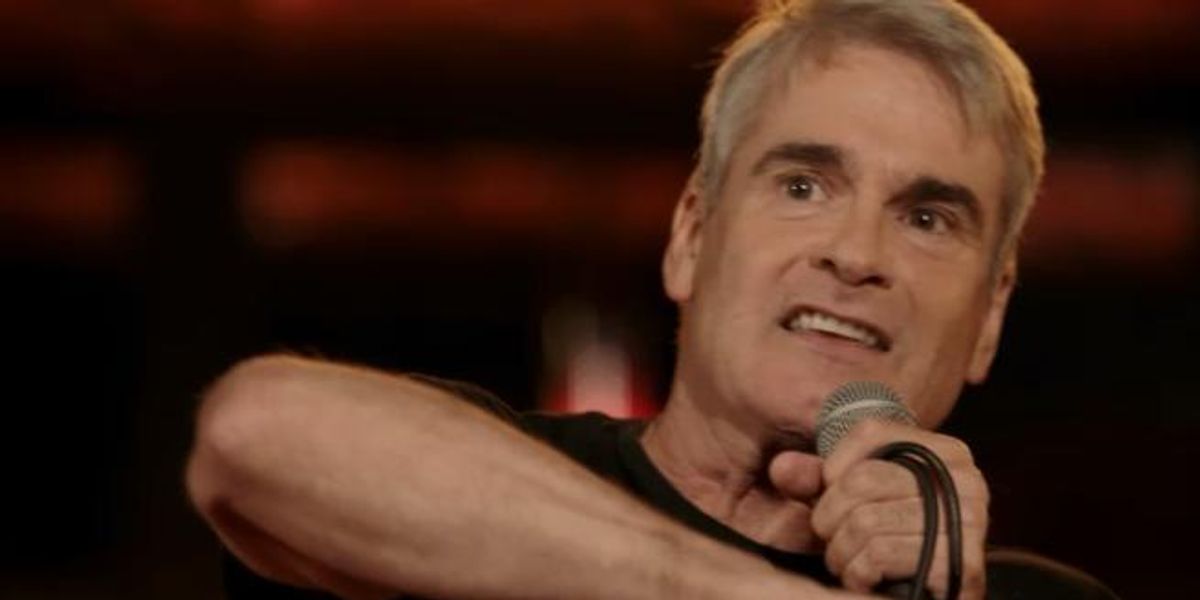 The studliest punk rock pioneer that ever was turns 55 today.

The Black Flag frontman/producer/writer/TV host/radio host/actor/motivational speaker, who's been thudding around the scene since 1980, is also really fucking funny.

In the season 2 premiere of Comedy Central's storytelling show This Is Not Happening, Mr. Rollins recounted his early days as the youngest member of Black Flag, and one particularly hellish acid trip.

After one of his bandmates suggested that some quality time with LSD would help Henry be less of an "asshole."

Heeding instructions, Henry decided to join a lady friend--who he described as a drug-enthusiast/"utterly psychotic brainiac"--for a ride down the psychedelic interstate (pretty literally).

Henry--who had never done drugs before--reveals he and his friend took 4 tabs of acid EACH, making fun of his young, straight white male "I AM FOREVER!!!!!!" delusions of invincibility.

After "mashing hamburgers" into his face, claiming he was eating an "infant's head," the duo proceeded to drive--very fast--through a crowded parking lot.

When Rollins asked his friend to slow down, she yelled, "You pussies in Black Flag always talk about the end of the world and destruction; THE DESTRUCTION STARTS NOW! WE'RE GOING TO KILL ALL THESE FUCKING PEOPLE!"

Thank you for surviving, Henry.

It only gets worse (and more hilarious)--watch below.