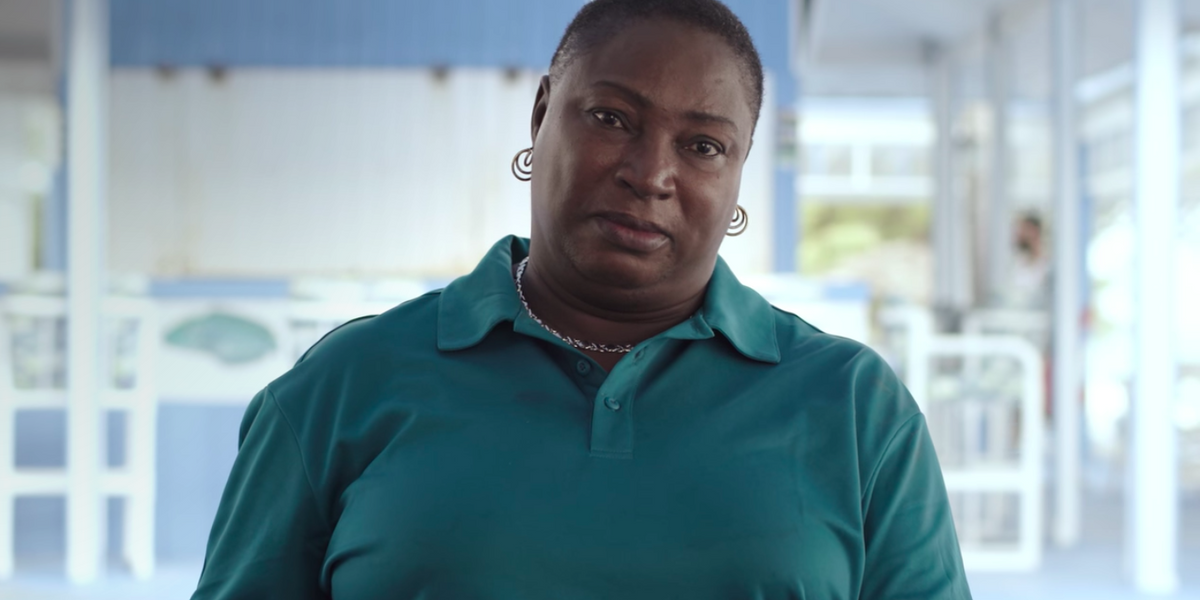 You Can Help the Bahamian Restaurateur Affected by FYRE

Hulu's Fyre Fraud documentary is able to tell the story of the fiasco that was the FYRE Festival with a linear narrative, and was able to show just how much of a pathological liar and sociopath Billy McFarland is. The original doc was also able to show how millennial social media culture has ultimately led to this dumpster fire of an event. But Netflix's FYRE truly highlights how much damage this event has caused to the Bahamian locals — particularly restaurateur Maryann Rolle.

Rolle did her best to accommodate hundreds of guests who were brought to the Exuma Point Bar and Grill when the actual Fyre Festival campsite wasn't ready just yet. "[The organizers] said the grounds aren't ready, we would like to bring the guests to your place for a few hours until the site is ready. We had a good relationship, we did so much for them so we couldn't say no to that," she told Tribune 242. She successfully served influencers and other ticket-holders breakfast, and she kept cooking and cooking along with other women until breakfast turned into lunch. "We had a lot of food, it's just that we weren't prepared because I would have had a couple grills out on the beach."

The businesswoman says that Fyre owes her $136,000. She and her husband, Elvis, trusted that the company would be able to compensate them for their services. "You're thinking it's real, we liaison in good faith. In the Bahamas, sometimes we tend to get careless about business and we lean more to good faith, that's our culture," she said. "They invested a lot of money, and that was what I was looking at, the investment that went forward. It was no way they were gonna have you do all this work and not pay you and it's not going to come off well."

But, as the Netflix documentary details, Fyre has caused Mrs. Rolle a lot of pain and suffering. On-camera, she says that she had ten persons working with her to prepare food all day and all night for 24 hours. She, of course, had to pay these people, and took $50,000 out of her personal savings to do so. "I just wiped it out, and never looked back."

The only thing I care about after watching the #FyreFestival documentary is the Bahamian locals who were overworked & never paid and Maryann Rolle who put $50,000 of her savings to pay the workers at her restaurant who manned the event.

Forget the people that spent thousands to attend #FyreFestival. What about the Bahamian people that DID NOT GET PAID!? They were just a tiny footnote in the whole documentary. The PR company that promoted the festival, produced the documentary! They swept it under the carpet!

Thankfully, there is a way to help Maryann Rolle. Gabrielle Bluestone, the Executive Producer of the Netflix documentary, tweeted that the Rolles have set up a GoFundMe page to help them make up for their losses during the Fyre Festival.

For those of you asking how to help Maryann Rolle, the Bahamian woman who spent $50,000 of her savings to feed the local laborers who worked on the Fyre Festival, she has an official gofundme page here: https://t.co/eLawHgE92E

Rolle wrote on the page, "As I make this plea it's hard to believe and embarrassing to admit that I was not paid…I was left in a big hole! My life was changed forever, and my credit was ruined by Fyre Fest. My only resource today is to appeal for help." As of Sunday evening, the GoFund me has reached over $97,000 dollars out of their $123,000 goal.

If you'd like to help the Bahamian locals who have suffered at the hand of fraudulent American "businessmen," make sure to click on this link, and donate.