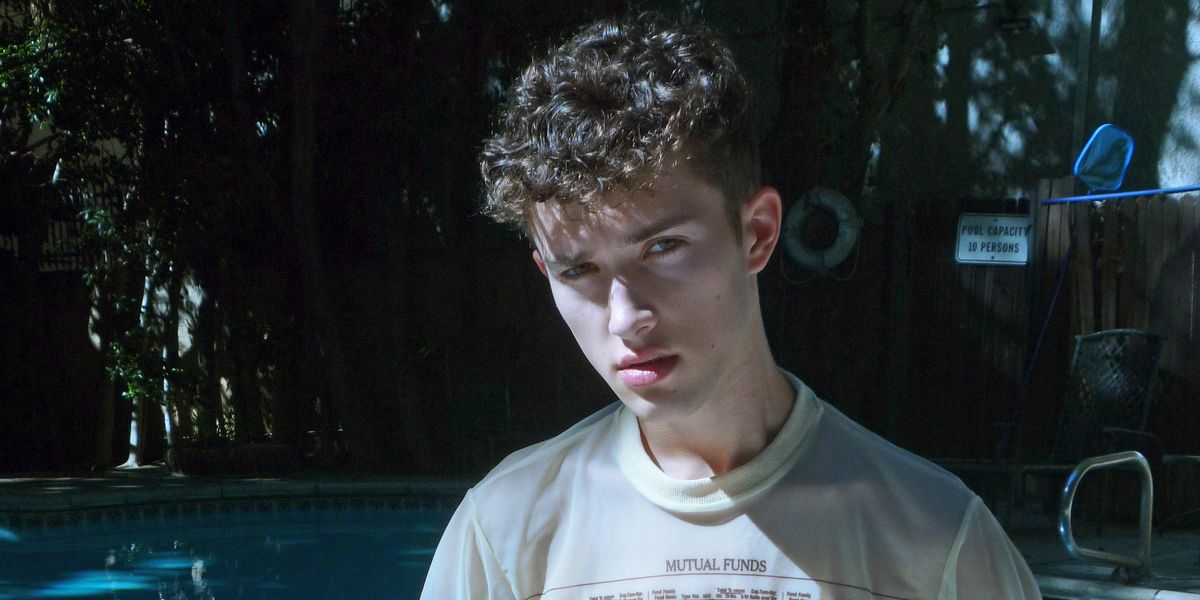 Helmut Lang defined the sleek uniform of '90s minimalists. Lauded for his use of unconventional materials and narrowed silhouettes, the former creative director of the eponymous line inspired a generation of tailored designers who proceeded him, including Raf Simons and the creative forces behind Proenza Schuler.

Related | Helmut Lang Gave Us Hot Pink His and Hers

Creative Director Mark Howard Thomas and Helmut Lang Jeans Director Thomas Cawson have honed in on the brand's signature legacy. In their latest installment of the "Logo-Hack" series, Helmut Lang teamed up with Russian-born New York-based Slava Mogutin, a multimedia artist focused on celebrating queer representation and questioning the performance of gender. The brand's founder spearheaded sartorial gender-fluidity during his stint as creative director, which explains why Thomas and Cawson, in their efforts to revisit the brand's aesthetic heritage, tapped Slava in the latest collaboration.

Commemorating Slava's 2017 book Bros and Brosephines, "Helmut Go-Go," Slava's iteration of "Logo-Hack," spotlights New York Go-Go boys wearing Helmut Lang. Slava developed the collection alongside his creative director Jan Wandrag, and appropriates masculine, utilitarian uniforms often worn by mechanics and contractors, to highlight the notion of monotonous dressing. The motif of uniformity is explored in part by the 1-833-HELL-YES text printed alongside the garments' graphics and invites customers to call the number and listen to a series of prompts recorded by Slava himself.

Slava and Wandrag also extended the capsule to include "Stock Boyz," a celebration of Slava's project of the same name which debuted in 2008. The series spotlights Slava's approach towards gender, integrating the Helmut Lang Jeans philosophy of multi-gender sizing. "Youthful male wrestlers playfully posture," the company's press release reads. "Their portraits superimposed on the aggressively male-dominated world of financial stock reports.

The collection is available now at Helmut Lang stores, online at www.helmutlang.com and at select retailers worldwide.