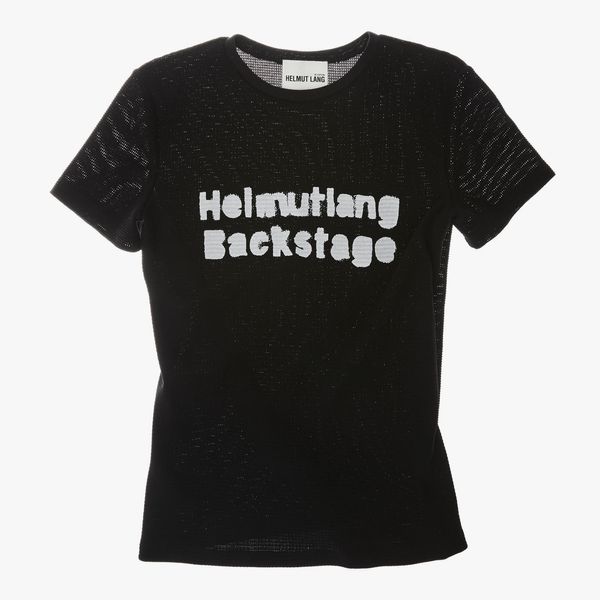 Austrian artist and designer Helmut Lang's ready-to-wear collections often featured fetish themes and grappled with power dynamics. Although Lang is no longer involved with his namesake label, the brand's "Re-Edition" series is keeping these themes and the designer's most iconic pieces alive.

For capsule's third volume, the brand collaborated Justin Westover, creative director of Byronesque, the go-to shopping app for elusive vintage designer pieces from the late 1970s to the mid '90s. The reissued, bondage-themed styles include a pleated skirt with corset-like ties, a split-hem tank with the marbling of a static TV, a Velcro vest based on the silhouette of a bulletproof version, and an inverted, triangular top that ties around the waist.

Upon leaving his brand in 2005, the former designer gave an interview in which he warned of the dangers of overexposure. Inspired by that notion, Westover selected a range of muted styles originally released between 1994 and 2004. While these garments seem quiet on a surface level, they convey a deeper, more discreet sense of sex appeal that counters the excessive exposure of our times.

Available on the brand's website today, see each piece in the Helmut Lang: Re-Editions series, below.