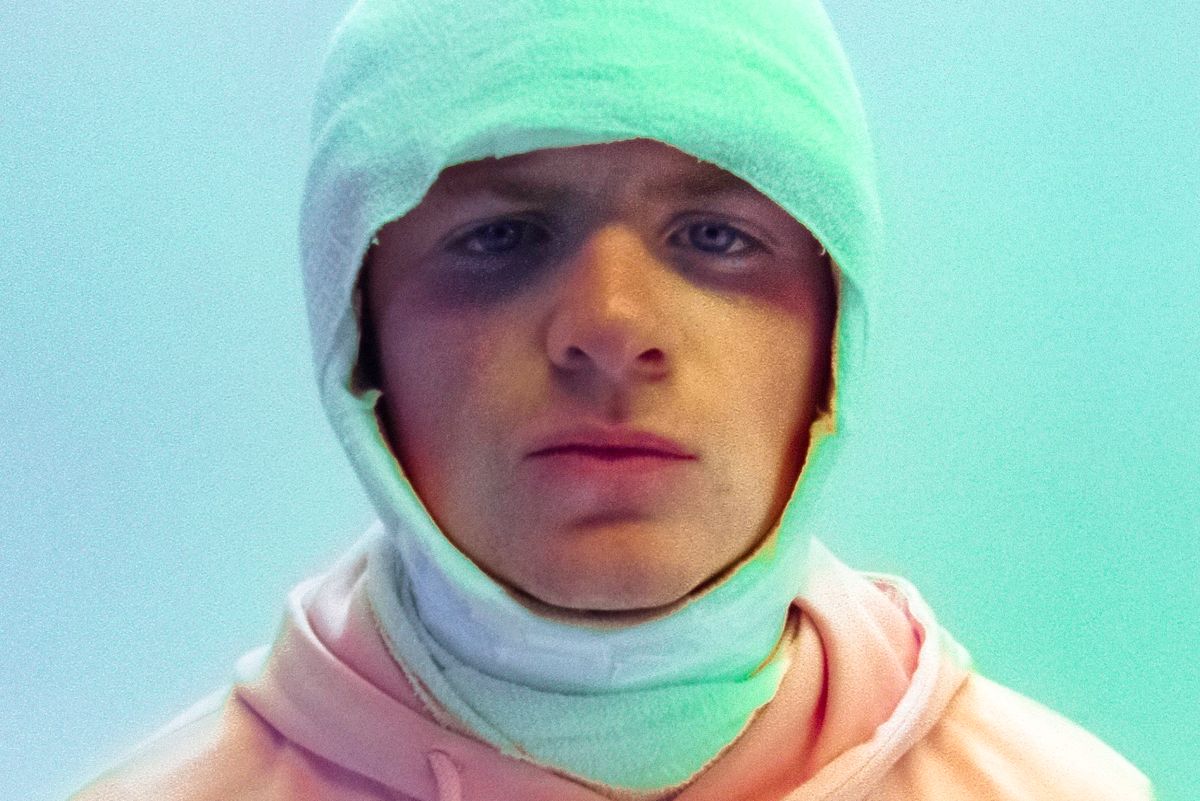 A capsule exploring the theme of public vs. private.

It is based on Deller's love of the color pink, which holds personal significance and meaning in his artistic practice. For further context, this project makes a lot of sense, as Deller's work commonly centers on the devaluation of artistic ego, which he believes can be accomplish via the spirit of collaboration. As such, Deller has designed three hoodies for Helmut Lang, each in a different shade of "pantone pink."

Within each hoodie are specially crafted patches, which draw inspiration from some of his favorite art. According to a release about the new capsule, Deller aimed to further explore the idea of public versus private. Each graphic patchwork can be worn two ways, depending on one's personal taste: to remain hidden, as if coyly keeping a delicious secret, or to be worn inside out to show Deller's inspiration to the world.

Peruse some product images (with patches visible, so you get the complete idea) below; the hoodies go live for $295 a pop at noon EST today, which you can find on Helmut Lang's official website.

Further, visual videographer collective BRTHR and Deller co-produced an eerie but lively video featuring the hoodies, which you can also watch, below.