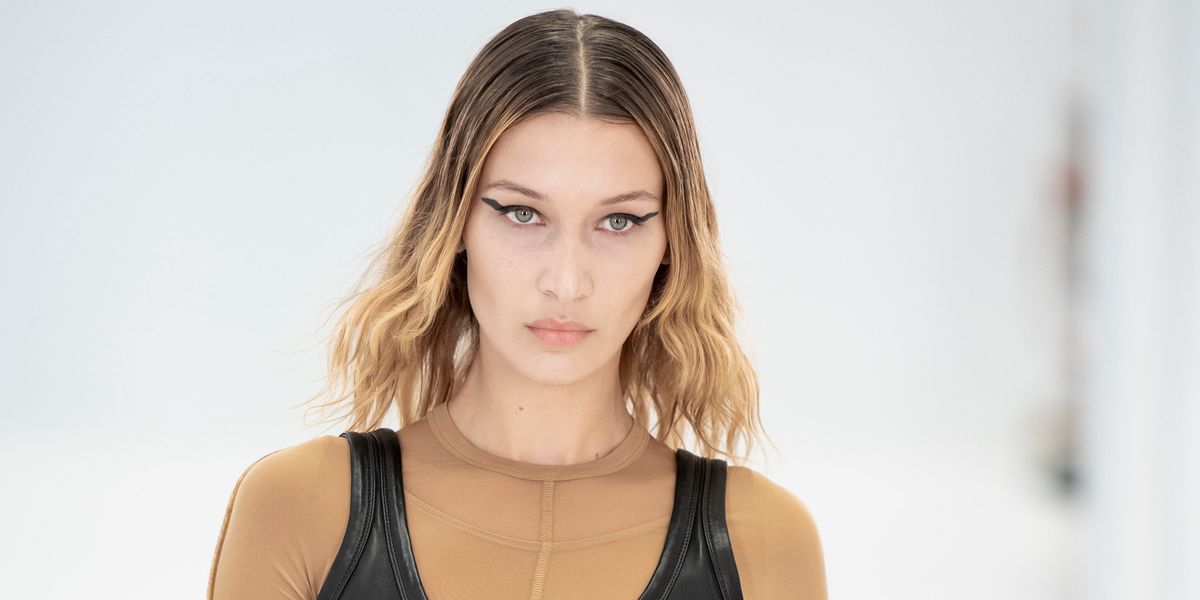 Helmut Lang the brand has gone through its share of iterations and positioning over the years since its founder retired in 2005. After experimenting with "editors in residence" and a series of collaborators like Shayne Oliver, the company has now presented its second runway collection under creative directors Mark Howard Thomas and Thomas Cawson. For Spring 2020, they captured the some of the brand's recognizable '90s signatures, rooted in an urban, downtown minimalism that they updated for a new decade. This collection also marked Bella Hadid's first appearance this NYFW season, and trans model Nathan Westling closed the show. Here's everything else you need to know about the collection.

The collection opened up with a series of angelic white separates including sheer shorts for men and see-through tops for women. Each look recalled a '90s purism throwback of clean minimalism with the downtown edge Lang was known for.

Utilitarian jackets with cargo details and parkas in army green were lightweight but functional, with zippers and pockets galore. Think less bulky and heavy and more easy spring layering.

Rather than cutting a severe and razor-sharp suit, the brand showcased clean tailoring with fluid elements and draping that hang loose from the body. Muted earth tones such as tan and hunter green add a softer touch to the precise suiting.

Although a black and white color palette is what's usually expected, the brand proposed bright, punchy hues and neon colors that veer toward simple rather than busy. Monochromatic styling elements further bring the minimalist point home.

Micro-pleats and plisse metallic fabrics were abundant in skirts and dresses, particularly the chiffon pieces. The technique served to add movement and fluidity to otherwise streamlined looks.