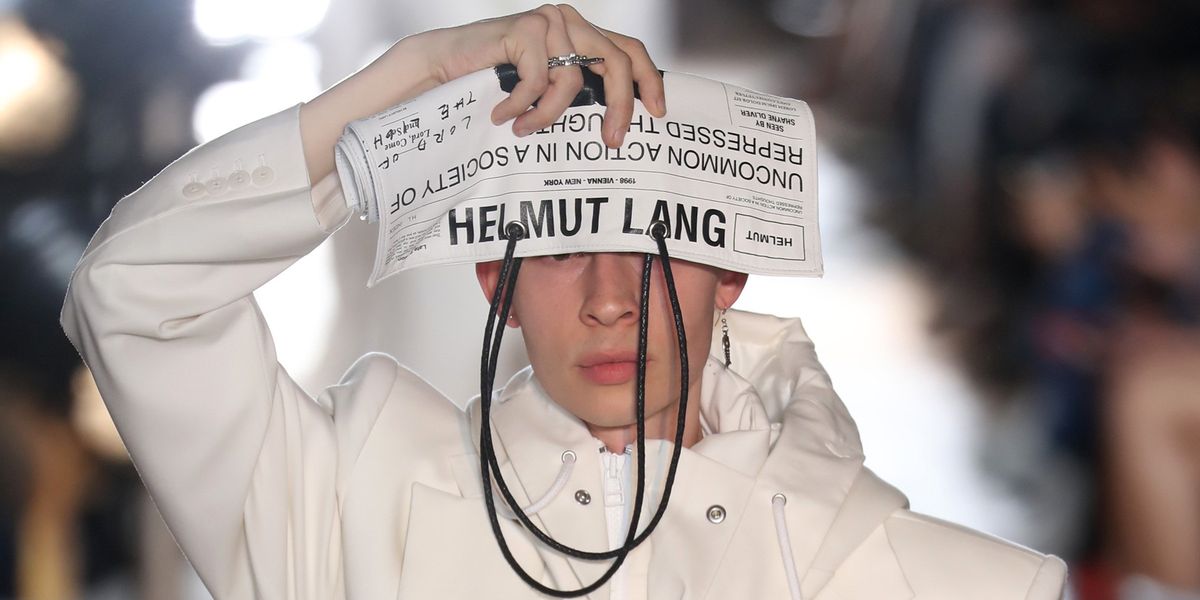 Helmut Lang, who Vogue once argued is the most important designer of the '90s, announced its latest refresh today, Business of Fashion reports.

While the founder of his namesake minimalist luxury brand retired from fashion in 2005, the brand, now owned by Link Theory Holdings has managed to remain relevant, not by savvy creative directors who change the guard like most fashion houses, but by introducing a rotation of new editors-in-residence periodically. It's a very smart approach: undoubtedly, a revolving door of editors-- each with a strong visual eye and sharp knack for trends-- is likely to help a brand like Helmut Lang successfully meet consumer demand with a continually fresh perspective.

The iconic brand's new editor-in-residence will be Alix Browne, founding editor of V magazine, previously from W, and T: The New York Times Style Magazine. She succeeds the Dazed & Confused editor Isabella Burley in the role. Burley launched a designer collaboration with Hood By Air's Shayne Oliver, after the contemporary brand went on hiatus last year, as well as "Re-Editions" of classic Helmut Lang pieces ranging from '90s outerwear to irreverent early-aughts T-shirts.

In her new position, Browne will similarly announce a designer partnership next month, and is responsible for the brand's creative projects, including identifying a new visual tone for its design, marketing efforts, and content.

She brings a historical perspective to Helmut Lang, having long followed the brand from its minimalist beginnings.

"I grew up with Helmut Lang," Browne said. "Beyond that, I believe in the brand's continuing relevance and its importance to fashion."