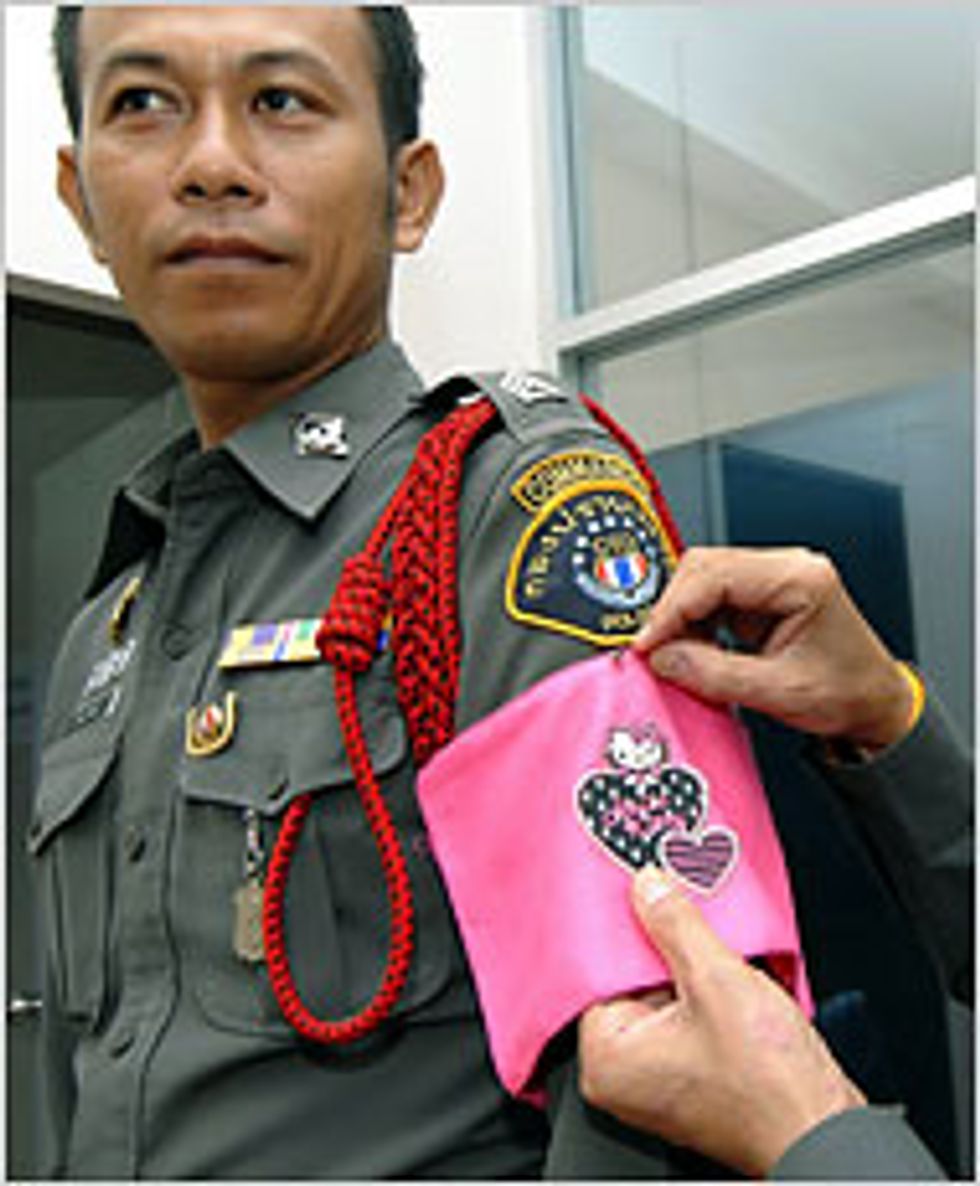 Love this story in the New York Times about naughty Thai police being punished by wearing Hello Kitty armbands! Always nice to start out the day with a LOL guffaw. Thanks Gray Lady! You might want to add a Hello Kitty insignia to your stuffy ole masthead as well!

From The New York Times:

No matter how many ribbons for valor a Thai officer may wear, if he parks in the wrong place, or shows up late for work, or is seen dropping a bit of litter on the sidewalk, he can be ordered to wear the insignia.

âThis new twist is expected to make them feel guilt and shame and prevent them from repeating the offense, no matter how minor,â he said. âKitty is a cute icon for young girls. Itâs not something macho police officers want covering their biceps.â

Ten of the armbands have been prepared, but so far none have actually been issued, according to an officer who declined to give his name while discussing this sensitive topic.

âAfter this policy came out, the police are scared,â the officer said. âIt will be very embarrassing to walk around with Hello Kitty on your arm.â

Now if certain U.S. Presidents and Vice-Presidents and certain Middle Eastern insurgents were forced to wear these we might be on our way toward Whirled Peas!