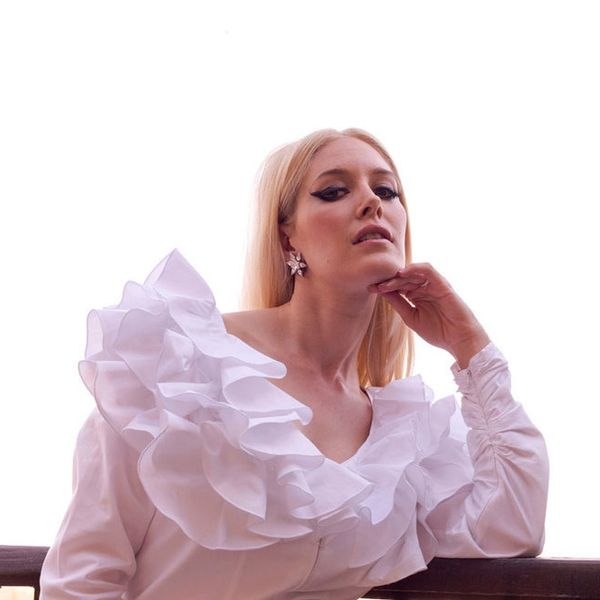 From the mouth of the woman who once sang "I'll Do It" on 2010's Superficial to our tingling ears, is the gentle whisper of a long-awaited comeback.

Heidi Montag confirmed in her PAPER interview with rising pop starlet and longtime admirer, Slayyyter, that yes, new music is in fact on the way. Noting that, in light of the hush-hush The Hills reboot she's set to star on and the fact that she's more stable than she was when she first came to prominence, now might be good a time as any to unveil new material.

"I do have one new song coming out soon, but other than that I haven't done music in so long," Montag said. "It's definitely a dream come true for me."

But as far as the sound, it may not be what you'd expect: Montag is calling her upcoming music "positive pop," and said it's due to appear on The Hills. We can't help but wonder which dimly lit club scene her positive pop will soundtrack.

Either way, get ready to scream (for Jesus): "[It's] pop music, but there's a Christian message," Montag said. "It's just one song, but I want to do something good and send out a positive message to the world."

"I want to do something good and send out a positive message to the world."

While we embrace the idea of Montag in worship mode within a pop context, we'd be lying if we said we weren't secretly hoping for flashes of the same diva who once performed her slinky club track "Body Language" on the Miss Universe televised pageant. Montag alludes to potentially toying with different sounds. "I'm in such a different place right now, so you'll see," she teased. "I'm open to all music. I don't want to corner myself into one thing, because I really love all types of music."

There will also, according to Montag, be Britney-inspired choreography for the new track, which makes perfect sense when envisioning her new brand of positive pop. Sounds pretty uplifting to me, how about you?

Elsewhere in the interview, Montag also expressed her desire to record with Slayyyter. Now, if that collaboration ever went down, especially based on the devoted cult following Montag has amassed over the years, it would "literally go nuts, I feel," Slayyyter noted. We agree.

We're currently praying for all of the above to see the light of day and give us the salvation we crave. Stream Superficial, below.