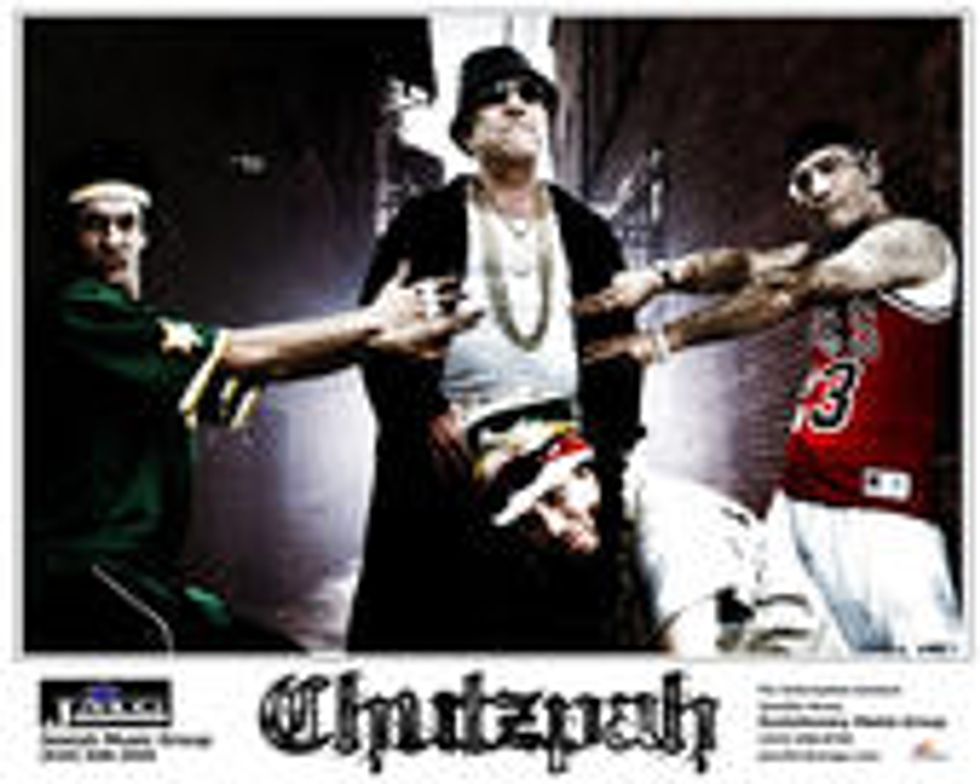 Is this the year of the Heeb? The mainstream media is catching up to something that's been simmering below the surface as more and more secular Jews get in touch with their inner Heeb. Heeb, like its black counterpart nigger, is a traditional insult that has been reclaimed by a younger generation looking for a religious identity outside the synagogue. At a recently convened event at Crobar in New York, some 1000 Heebs got together to celebrate "A Jewcy Chnukah" with Perry Farrell, Rachel Dratch, Triumph the Insult Comic Dog and others. (Jewcy is a group that brings together young Jews through celebrity-filled events.) A recent article in the New York Times positioned the movement as an antidote to the overwhelming presence of Christmas, but there's more to it than that. The magazine Heeb: The New Jew Review is at the forefront of the movement, though the Times did not deem it fit to use the four letter word in its story. John Zorn, the well-known avant-jazz musician named his label Tzadik (Righteous one), and he has been exploring Jewish jazz aka klezmer music for several years. On the west coast, a Jewish hip hop group called Chutzpah, featuring MC Meshugennah is making noise and Matisyahu has credibility in the reggae scene. That this trend is happening against the backdrop of a resurgence of anti-Semitism begs for some analysis. With the Muslim world being pummeled with anti-Semitic messages daily -- and Iran's president proclaiming that the Holocaust was a hoax -- perhaps it's a good time to laugh at ourselves and get back to our roots by creating a Jewish identity that's not based totally on synagogue attendance and strict observance of the laws. When renowned Kabbalist Madonna declared that she was changing her name to Esther, my daughter of the same name, felt violated. Now all the kids are going to be caled Esther, she said. While I don't expect a rush of people looking to proclaim themselves as Jewish, at least the media finds it appealing to have a Jewish moment.