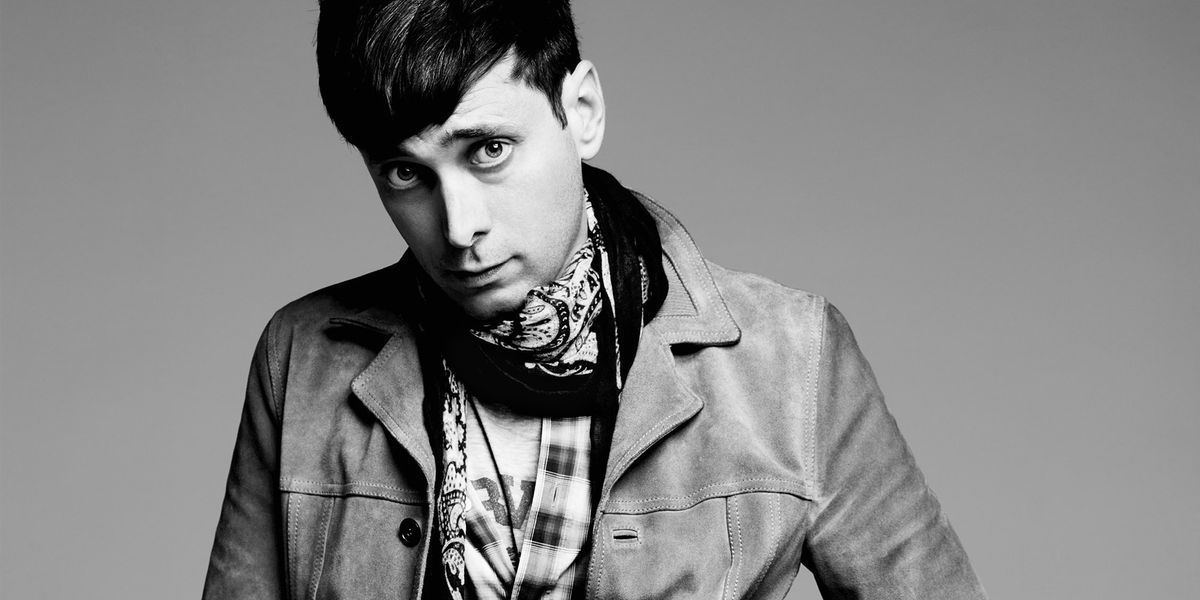 Where Will Hedi Slimane End Up?

The rumor and subsequently swift, albeit anodyne, denial of Hedi Slimane's departure from Saint Laurent this week was unexpected news in the post-holiday doldrums. The thought of Slimane leaving midway through the greatest fashion success story of the decade (give Alessandro Michele's Gucci a few more seasons) is nothing short of inconceivable from the outside. His historically uneasy relationship with the fashion press and even his own customers (that the couture line he relaunched this summer would only be available to clients of the house's own choosing garnered yet more controversy) has had no impact on the hand-over-fist growth and bottom-line surges of the label, owned by the luxury conglomerate Kering. Saint Laurent's undeniable relevancy uptick in the last three years since Slimane took the creative helm is a source of both befuddlement or nose-thumbing glee depending on who you talk to. Are his collections tarty, fast-fashion boilerplate or uncanny reflections of the zeitgeist that flies of the shelves? Fashion's talking heads are still debating, but it's all to say, no designer working at the moment provokes such ire or praise like M. Slimane. As impervious as he may be to the chatter of critics, there has been no whiff, until this moment, of his security at the label. In fact, he is afforded one of the more peculiarly accommodating situations in all of fashion whereby he is allowed to direct the label from his adopted home of Los Angeles; finding the grungy band of lost boys and girls in the Hollywood Hills the perfect fodder for Saint Laurent's new spin, but decidedly a world away from the spiritual left bank home in Paris and the only designer to command such a concession. Clearly the powers that be gave him carte blanche and would be in their best interest to continue to do so. So what could possibly be at play? Some wild speculation:

The standard contract for a designer at a label is around three years. Raf Simons and Alexander Wang had about that much time at Dior and Balenciaga respectively and both decided not to renew earlier this fall, rather amicably. Slimane hit the three-year mark this fall. Usually a rumor of this kind originates when a contract is not immediately renewed, either because of an ongoing negotiation (toward a mutual goal of resolution) or said contract is not renewed flat out but an announcement will not be made until after the next collection for continuity's sake. I would hazard a guess it is more the latter and that the impetus to leave has very little to do with any kind of discord between Slimane and Kering but rather an outside force, the aforementioned Dior. Remember that it was at Dior Homme (after designing YSL menswear of course) where he made his first big mark on 21st century fashion. Those skinny jeans and slim black suits in any man's wardrobe are due wholly to Slimane even 15 years on. He made LVMH a lot of money then and he could be a formidable force at the head of Dior couture and RTW right now. At this particularly vulnerable time for Dior, without a women's creative director since October, it wouldn't be surprising if the Arnaults would do whatever it took to woo Slimane back into the fold. The prestige and power of Dior, certainly to a French designer like Slimane, would also be tempting in comparison to the relatively niche, if iconic, Saint Laurent. In comparison to the sensitivity and ingratiating soft touch of Raf Simons, Slimane is known as an uncompromising and hard driving creative machine, perhaps better suited for the perpetual motion of the Dior apparatus than his predecessor. He has the bottom line bona fides and the favor of the first family of French fashion so it is within reason to suggest he is a top candidate for the that position. Would they let him do it from LA is another question entirely. My guess is 'non'.

But perhaps Dior is not Slimane's endgame. Appealing, to be sure, but it would complicate, if not entirely rule him out, of consideration for one of the biggest job openings in fashion sure to vacate within the coming decade: Chanel. Karl Lagerfeld, 82, famously calorie counted his way through the aughts in order to squeeze into Slimane's attenuated trousers and sees himself in the younger Slimane. The two are, my apologies, cut from the same cloth. They both possess a reptilian focus on the culture around them and are able to inject the moment into a collection and move on unflinchingly. To head a brand of that magnitude requires a certain pathology and resistance to standing still that both have. If anyone was going to design six collections a year (not including Fendi) into their 90s, it would be Karl Lagerfeld, but eventually the bouclé baton will have to be passed and there is no more likely heir than Slimane.

Regardless of his fate at Saint Laurent, it's safe to say M. Slimane is not without options. The speculative hand-wringing by the suits at various European fashion groups or members of the press, divining his next move from social media tea leaves, over the last few days remind me of the shirt the designer Henry Holland sent down the runway some years back in homage, reading in bold peach block letters: Cause Me Pain, Hedi Slimane.