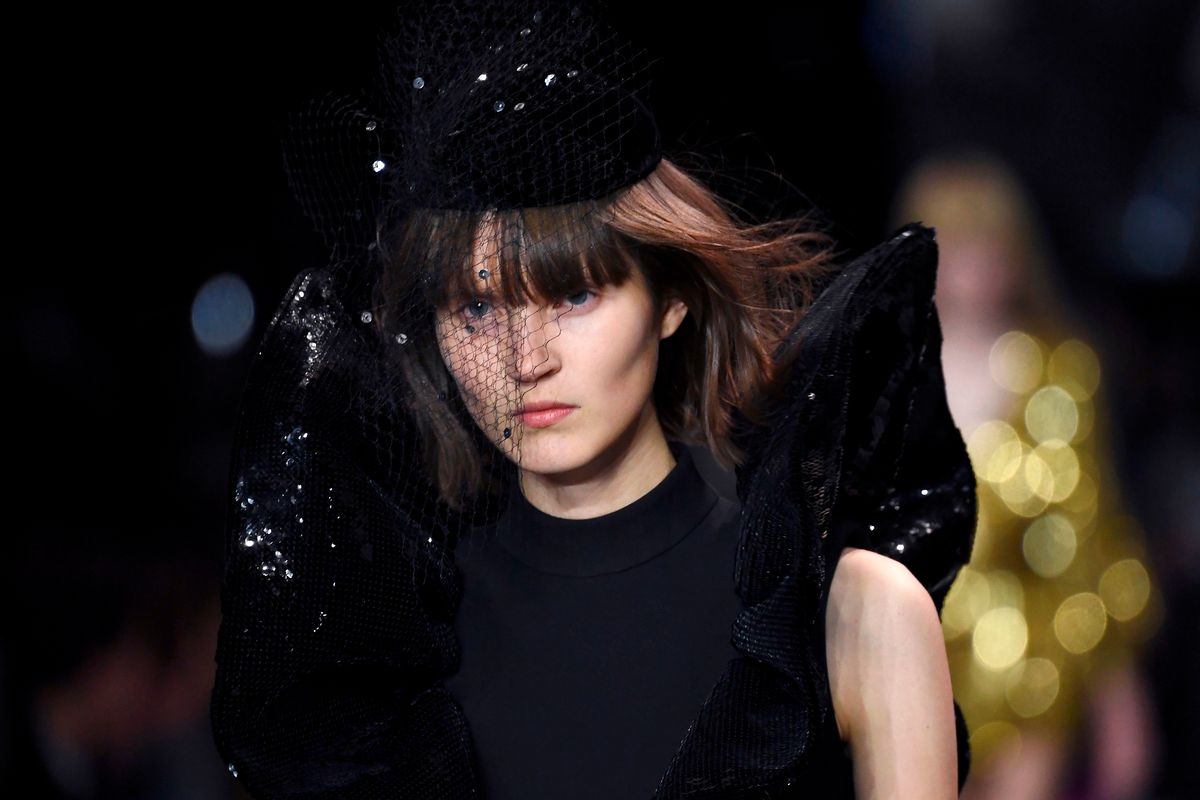 After a two-year hiatus since departing from Saint Laurent, Hedi Slimane has returned to runway. The designer debuted his first collection for Celine on a set that resembled the inside of a mirrored music box. His opening look — a strapless black cocktail dress covered in polka dots and enveloped in a giant bow — emerged from a glimmering installation like a wind-up ballerina. The show was bookended with drumming by two members of the French Republican Guard Band dressed in full, traditional regalia.

The opening look emerging from the mechanical set.

Nightlife has always been a key part of Slimane's aesthetic. The invitation for Celine spring 2019 show was a hardback book featuring images the designer took at iconic Parisian nightclubs including Balajo, Le Cigale, Chez Moune, and Pile ou Face. Fittingly, the collection was full of looks that would fit perfectly into these hotspots.

Slimane partnered with visual artist and composer Christian Marclay this season. Works by the Swiss-American creative including paintings and comic book collages were translated to glittering embroideries, stark black-and-white prints, and patches in the collection.

Karl Lagerfeld, who lost an incredible amount of weight back in 2000 to fit into a Dior Homme by Hedi Slimane suit, sat front row at the show beside Lady Gaga who debuted Slimane's first handbag for the house, Le 16, back in August.