We all saw Hedi Slimane's spring 2019 debut as the newly minted creative director of Celine (no accent mark), in one of fashion's most highly anticipated returns.

The co-ed show notably — and to some, controversially — featured Slimane's signature rock-and-roll take on womenswear staples, complete with no shortage of bold prints and exaggerated silhouettes. But what really got us gagging was a selection of several menswear-inspired looks on androgynous models.

Save for a few classic looks, the menswear moments were a lot party-on-the-top, business-on-the-bottom — ranging from drapey pinstriped suiting and military-style jackets to form-fitting, heavily embroidered bombers, which were slickly paired with neutral, often pleated trousers.

WWD reports that Slimane is in talks to sync Celine with the Paris menswear collection calendar in January. This follows Givenchy's recent decision to return to the menswear fashion calendar for fall 2019, with a presentation slated for January 16. 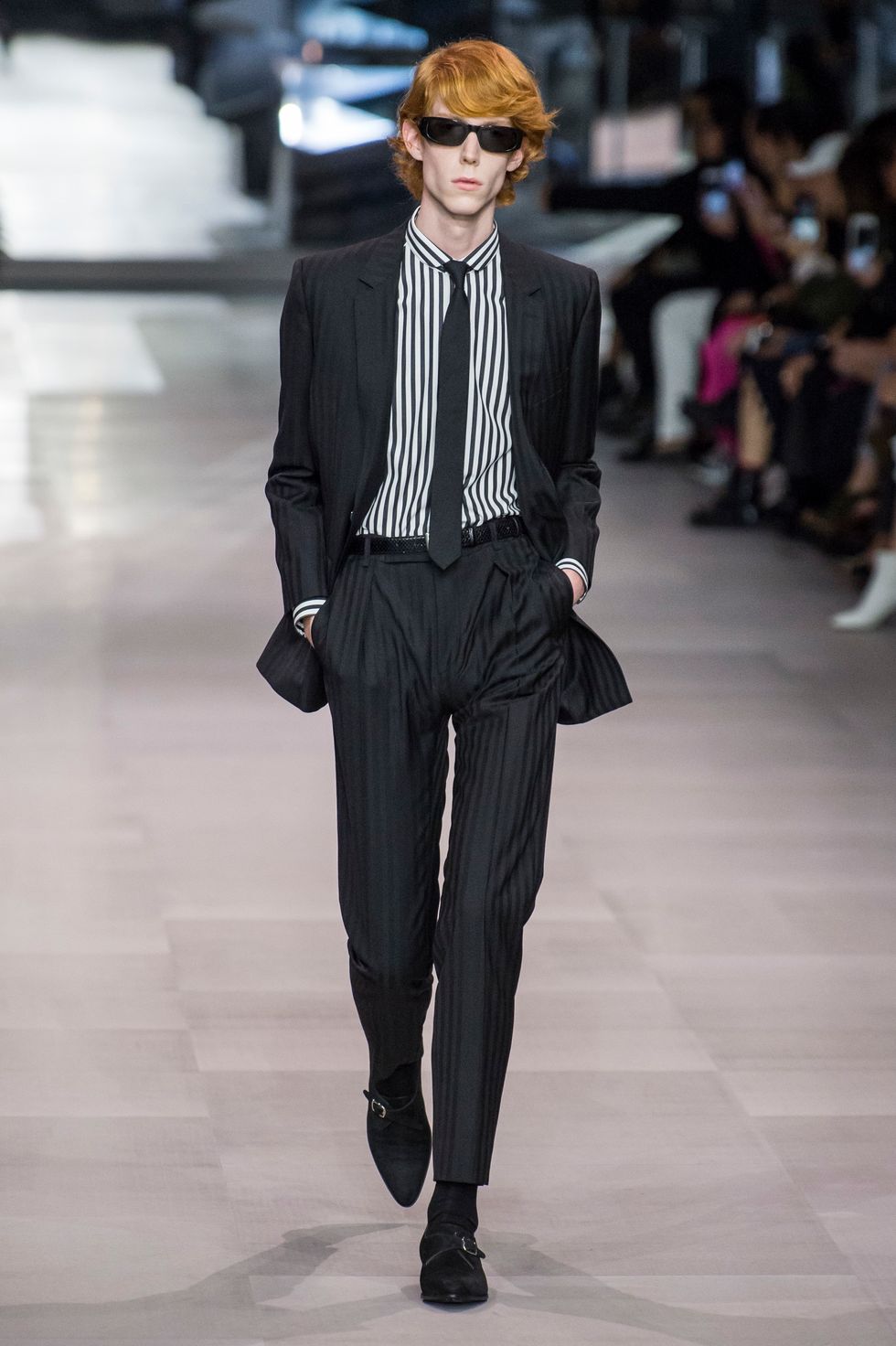 Celine is reportedly working with the Fédération de la Haute Couture et de la Mode on an exact date for its display, which we'll know more about next month. The display could also include a handful of women's designs, but no final decision has been made at present, according to a Celine spokesperson.

And if Celine does decide on another co-ed showing, they'll be in good company: Maison Margiela staged its first coed show this season, while WWD reports that other brands, including Stella McCartney, Balenciaga, Haider Ackermann and Sonia Rykiel featured models of both sexes during their runway presentations.

It would seem as though fashion, with Hedi Slimane's Celine at the forefront, is more fully embracing the endless possibilities of gender variance and expression.