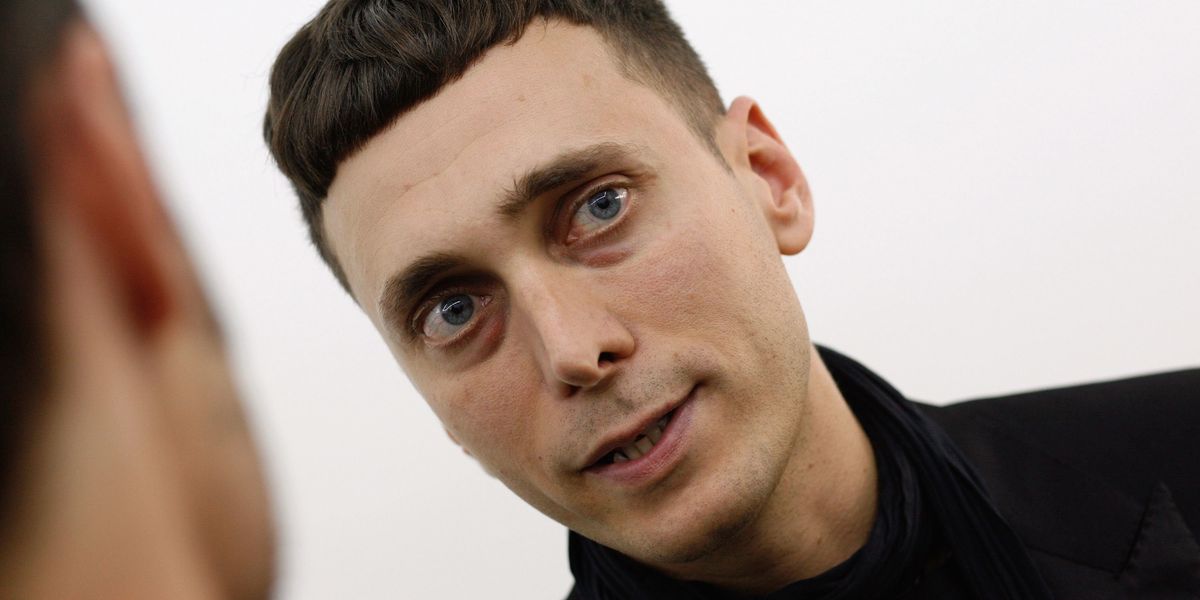 Hedi Slimane turned 50 years old on July 5, and celebrated in a way only he could this past weekend: with designer and artist friends throwing him an epic surprise birthday back at Le Palace in Paris.

It was a fitting setting, as he was known to frequent the theater in his youth, now drawing much of his disco inspiration from the likes of the style he encountered at that time. Though it has been a theater and concert venue since 2008, it was a full-blown nightclub at its inception, first opening in 1977 and playing host to Slimane and his fellow youthful Parisian club-hopping friends. That said, even upon opening during the disco-ball days, the building itself already had a long history of former nightclubs and theater venues.

Monday morning, post-party, Slimane flooded his Instagram feed with black-and-white snaps from the party which could very well be ads for his past Saint Laurent collections (or, perhaps, what he will infuse into Céline upon showing his first collection for the fashion house in September). Guests were clad in slim suiting, skinny ties, sequin-covered mini dresses, and oversized pajama-style shirting as a dress.

Vogue reported that the party was an intimate all-night concert that featured a rotating selection of his musical friends as well as a small birthday cake that was made to look like Le Palace's iconic façade. WWD further shared that the 20-person guest list included the likes of Jeff Fribourg, Marlon Magnée and Sacha Got of La Femme, as well as Ulyssee and Armand Penicaut of Papooz.

Fingers crossed this epic showing of style provides a small glimpse into what's to come this fall, as he gears up to show his first RTW collection for Céline during Paris Fashion Week.