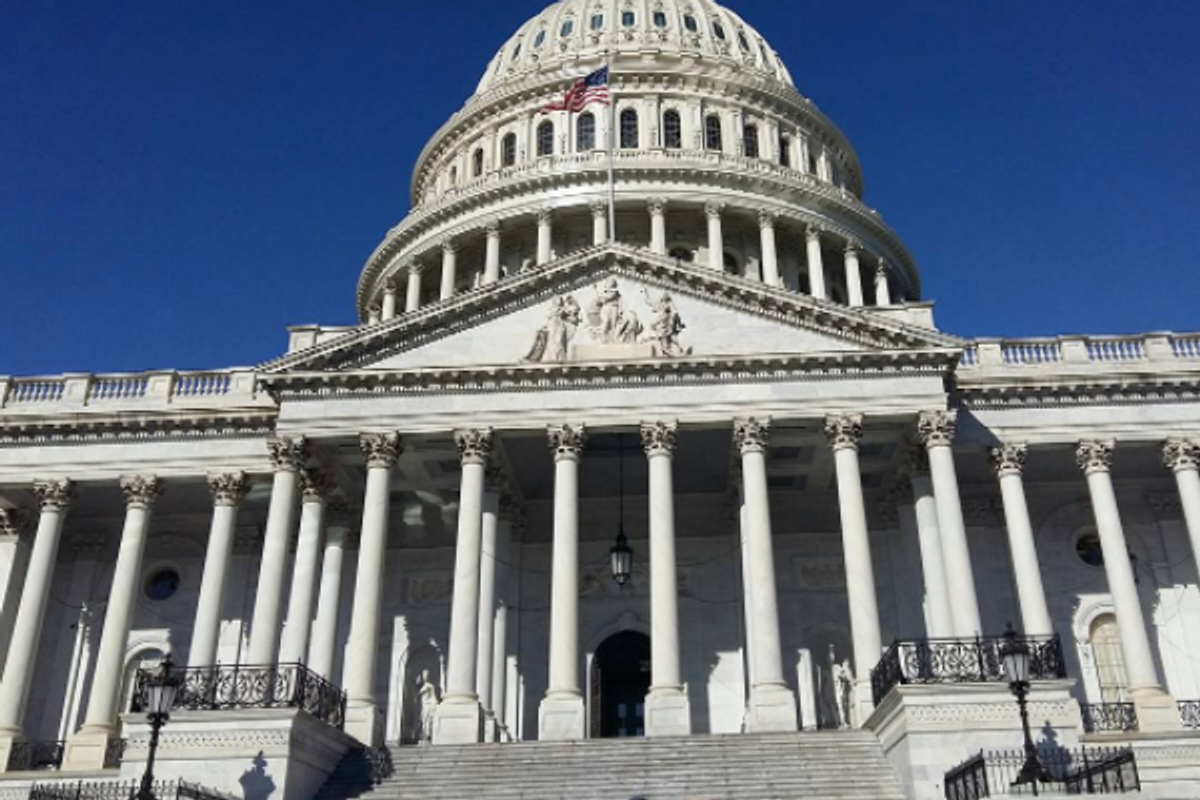 Because Congress is a messy bitch who lives for drama, the vote to repeal Obamacare has, naturally, been postponed at the last minute to an unknown later date. Republicans were struggling to get the necessary amount of votes needed to repeal Obama's landmark legislation, with both conservative and moderate Republicans backing away from what was meant to be President Trump's first major legislative accomplishment.

All this means is that there is even more time to call your representatives and let them know what you think.

The House of Representatives is expected to vote on the Republican's health care bill, the American Health Care Act, later today.

WATCH: A scramble for votes come down to the wire as the House votes on new health care bill: https://t.co/xp3dJktHlu pic.twitter.com/zSfJqzk1mZ
— Good Morning America (@GMA) March 23, 2017

Though Trump warned Republicans on Tuesday that a failure to pass the new bill would result in a loss of their seats in the next election, and though things are changing quickly as last minute amendments are made to the bill, as of this morning 29 House Republicans had come out against the bill and three were actively waffling. Assuming that no Democrats vote in favor of the law, the GOP can only afford to lose 21 votes before their needed-majority is tanked.

Asked if lawmakers face a price to pay for not supporting the health care bill, Spicer says there is -- with voters https://t.co/vgzLsBosmh
— CNN (@CNN) March 21, 2017

Even with these numbers, given the stakes of the bill, it's worth giving your representative a call.

On Monday, the Congressional Budget Office, a nonpartisan group that provides independent analyses of economic issues to Congress, released a pretty damning analysis of what might happen if Obamacare is repealed today. They estimated that by 2026, 52 million people would be uninsured, compared with 28 million if the Affordable Care Act stayed in place.

Though the Republican bill is estimated to reduce the overall national deficit by $337 billion, the biggest savings would come from cuts to Medicaid and additional ACA subsidies for low-income Americans to buy insurance. So federal spending would go down, but at the price of insurance for millions of Americans, many of whom are already low-income and can't afford expensive out-of-pocket medical expenses should they arise.

You can read more about the potential effects of the Republican bill here, here and here.

Lawmakers care about what you - their constituents - think. Reach out to your representative (find yours here by entering your zip code) to voice your opinion. Once you get to your representative's website, call the number listed and let them know how you'd like them to vote today. Unlike health care, it really is that simple.

The Washington Post and NPR have both compiled handy lists of where each senator and representative currently stands on the bill. If you happen to live in one of the undecided districts, (and even if you don't), consider giving your rep a call. If you're phone-averse like us and calling sometimes freaks you out, there are plenty of tips and tools to help you get started.