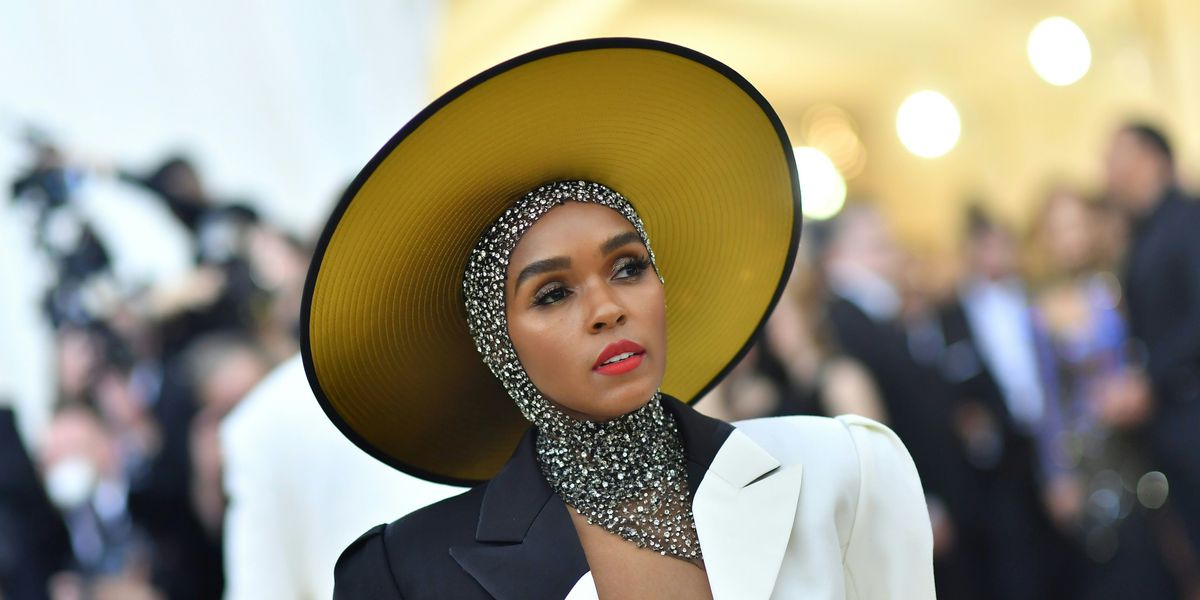 If there was one thing that dominated the 2018 Met Gala (other than Katy Perry's angel wings), it would be headpieces. The Catholic theme brought out all the religious iconography, including halos, crowns, tiaras, and lots of spiky situations. Never one to play by the rules, Oscar-winning actress Frances McDormand wore full Valentino Haute Couture, right down the colony of blue butterflies surrounding her face. She took a fashion risk, succeeded, and collected names along the way.

But she wasn't the only one to wear some millenary magic. Lana Del Rey's Gucci hat featured six blue feathered wings emerging from heavenly clouds. Janelle Monáe's wide-brimmed hat was worn high on her head, exposing the stunning gold underside that looked like a halo. Well, it was a halo. Monáe should always be wearing a halo. Rihanna's papal mitre was decked out in silver and white beads and pearls, giving us the Pope perfection we never we needed. Mindy Kaling's crown featured huge blue gemstones, and like our pals at Racked, we also have no idea how it stayed on her head. What sort of magic kept it from falling down? It looks like it weighs several pounds at least.

Veils also made an appearance on the red carpet; Kate Bosworth's beautiful wedding look makes us reconsider ditching the outdated veil tradition at our own wedding. It's so pretty, we're going to ignore how it symbolizes gross standards of female virginity! Madonna's crown also topped off a long black fishnet veil, in a Gothic look that reminded us of her Frozen video, but with more Catholic school vibes and no problematic henna tattoos. Suddenly, we want to drape sheer cloth in front of our face.

Check out some of the best headpieces, below.