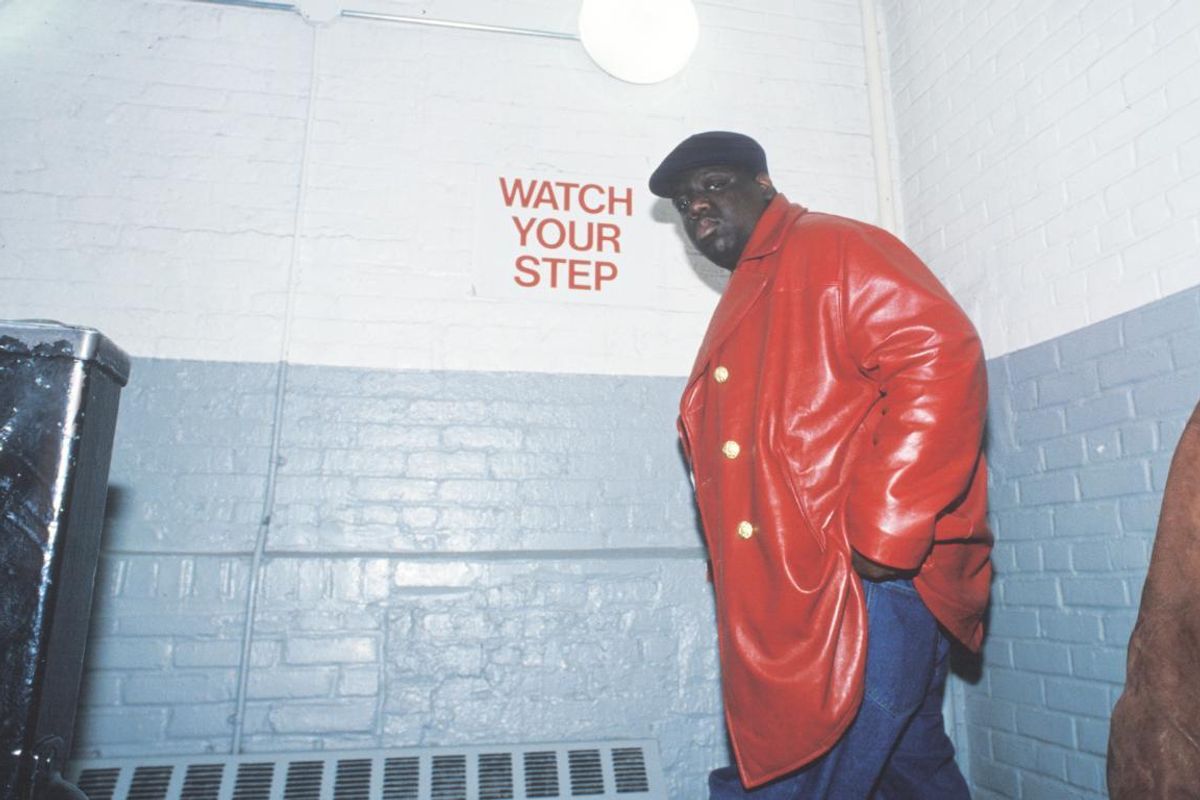 "He Had a Hunger to His Voice": Swizz Beatz Reflects on the Enduring Greatness of Biggie

by Swizz Beatz / as told to Abby Schreiber
PAPERMAG
For our October 'Nowstalgia' issue, on stands 10/20, we asked three rap icons to pay tribute to lost leaders of the game. Read Kendrick Lamar's piece on Eazy-E and Eminem's story about Tupac.

With Big, you could hear that hunger and how much he wanted that opportunity to show the world how great he is. He had a witty hunger to his voice -- he was witty with his flow and his words and the way he played with lines and verses, but you could still hear a kid that wants to do bigger and amazing things with his creative side.

And along with his talent, what was special about Big, and what he was doing at the time, was that he had marketing genius behind him -- Diddy. Puff was one of the big guys at that time and one of the only big guys at that time that came from the streets. So when Puff got behind Big, his buzz amplified. Puff would go into these clubs and you had these records and there were promotional teams and campaigns like the one they did with him and Craig Mack -- "B.I.G. Mack." The marketing helped put Big where he needed to be, way beyond the mixtapes and freestyling and battle rapping on the corners and stuff. Puff would put Big onto Versace or put him onto a Bentley, because Puff was already out of the streets by that point and already out there doing different things and having major deals with Clive Davis. And so he was able to show Big, "Ok, take this street stuff that people want to connect with you on, and put it with this Versace shirt and these Versace glasses and Versace shoes, and we're going to show people that it's okay to be from the ghetto and still make it and be rich and have fun." Puff was marketing and doing parties and Big was on the block and so when you put those two things together, it was a very exciting, exciting, exciting thing to see.


His music was honest. He was able to be serious, but he could also have fun and he could rap over R&B samples but still maintain his stance, which is very hard in hip-hop. It's easy to be categorized as, "Oh, this person rapped on an R&B song -- they're soft." He didn't care. He got on that 112 record and he made that record bigger than it was and it made him bigger than he was. He understood that very quick. What Big had was the ability to be diverse. And a lot of New York artists aren't diverse. And even if they are, they're stuck in their ways. They're too cool to really understand how important it is to be diverse in music. Big understood that very quickly because he had the right guidance around him to say, "Listen, when you get on this 112 record, you're going to appeal to the female group audience and that's who buys records." It was very strategic on how he was moving.

And when I think of Big, I think of great stories. So when I'm writing something for someone, or vibing with someone, I think, "What would Big do? How would Big say it?" Because Big had a lot of melodies. He was taking his time. He was playing with it. I use Big as a reference of having control of your song and owning it and being witty with it and creative with it.
I wish I had had more time to be around him, because back then I was on heavy, heavy, heavy grind in the studio and never really coming up, but I know the last time I saw him was in Atlanta and he was in a Suburban, and I remember coming out of the club and my uncle saying, "Oh, here goes Big!" And Big told me, "What's up little man? I see you doing your thing. I hear you with those beats out there, we gotta get in [the studio]. We gotta work on something." And I was like, "Yeah, yeah, yeah." And he was like, "I ain't know you was doing all those records." I was like, "Yeah, yeah, yeah. Let's do it." That was the last time I saw him. I'm like, "Man, I was almost in the studio with him. I almost had a Big track."