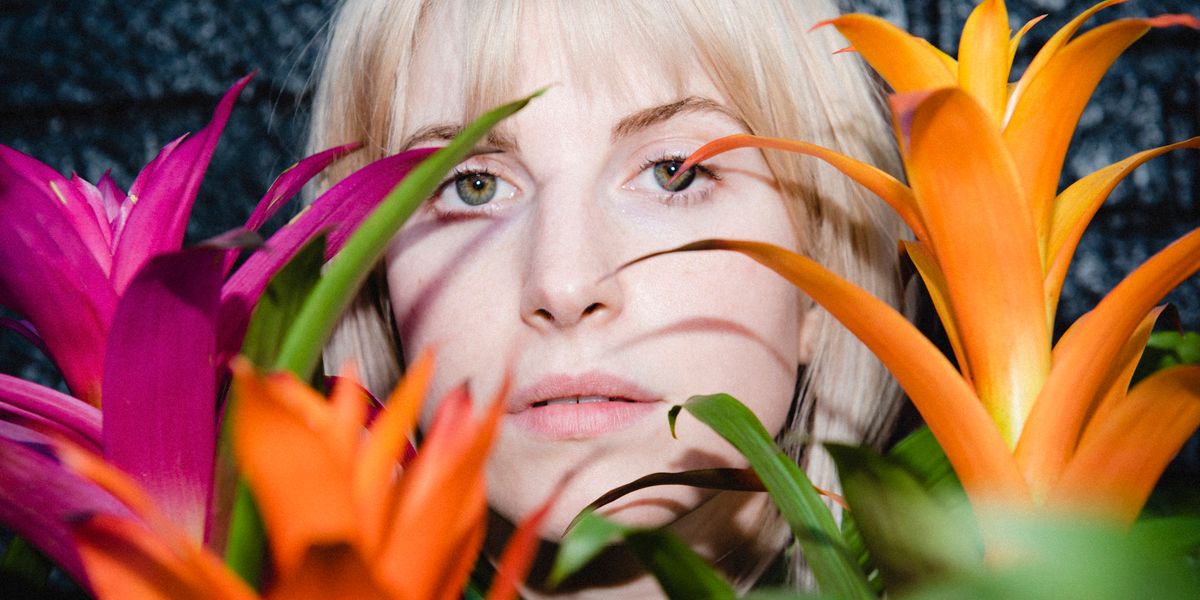 Paramore frontwoman Hayley Williams will release her debut solo album, Petals for Armor, in May. So far from the album we've heard the furious "Simmer," and grief-inspired "Leave It Alone." In a new interview with Zane Lowe, the 31-year-old emo icon opened up about the loss and mental health struggles that inspired the upcoming record.

Williams had a surprising answer when Lowe asked her about the suicidal thoughts she describes on "Leave It Alone." She sings on the track: "Cause now that I want to live/ Everybody around me is dying."

"During After Laughter [Paramore's last album] it was really rough," she told the DJ, tearing up. "My dog is the reason I'm alive, because he would've been waiting on me to get home, no matter what... Life is still hard. It didn't become a breeze overnight or anything and it's been years and it's still not a breeze, but it's so rich and now that I'm taking account of all these feelings and I'm feeling all of them, there's this beautiful rainbow versus just the deep end."

The album, released in May of 2017 — a month before she separated from her husband Chad Gilbert and around the time Paramore settled a lawsuit with former bassist Jeremy Davis — marked a low for the singer. Williams says: "I had the hardest time being angry while we were writing After Laughter and I clearly had a lot of to be mad about. But I was depressed. And I think often depression is masking other pointed feelings." Later, she adds, "All the things I tried to let go of, when we went on tour, just came crashing back down on top of me... I had to go to intensive therapy. It was rough. It forced me to ask a lot of questions... I was self-sabotaging left and right."

Williams wrote about this period in op-ed for PAPER in 2018: "I woke up from that crash with one less bandmate... another fight about money and who wrote what songs. I had a wedding ring on, despite breaking off the engagement only months before. A lot happened within a short time. But then I didn't eat, I didn't sleep, I didn't laugh... for a long time. I'm still hesitant to call it depression."

Discussing nearly losing her grandmother to a bad fall while writing Petals for Armor, she said: "It felt like there was a lot of death at the time… I just thought, 'What is the point of loving people?' Even in the best-case scenario is I fall in love, we have a life together, and then we lose one or the other."

Williams went through three divorces (her parents' then both her parent's second marriages) before she was eleven. This is why, she explains, she started Paramore: "I wanted a family so bad... I cannot separate myself from it. And I'm here to talk about other songs I wrote that weren't for a Paramore album but this is a big deal for me. This is a growing moment and it's a challenging moment."

"I mean that's where Petals for Armor comes from. It's the idea that being vulnerable is a shield," she says. "Because how else can you be a human that's inevitably gonna fuck up and trip in front of the world a million times. Your world could be a stage, or your world could be your job and your apartment. It is subjective, completely… I also feel more protected than I've ever felt going out, because of the fact, what is there to hide really?"

Petals for Armor will be released on May 8. Hear the interview here.