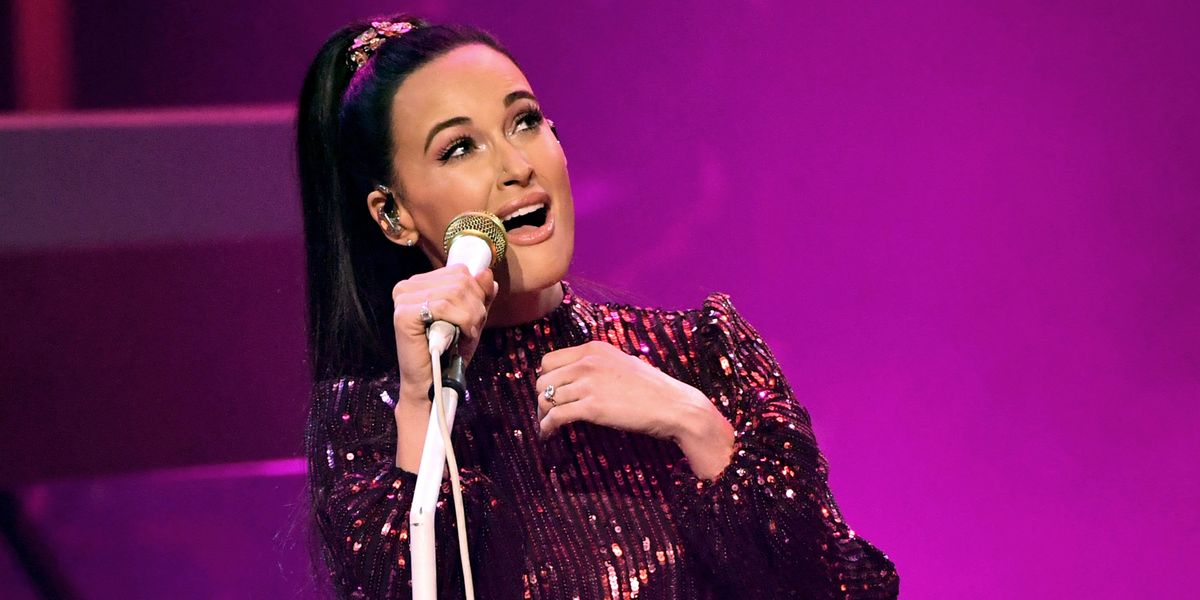 It's 20ninesceeen and the year of Yeehaw, which promises to leave us dressed in fishnet armbands and cowboy boots. In honor of their genres' tightening grip on the zeitgeist, or maybe just because they're two dope artists who like to make and perform great music, Kacey Musgraves brought out Paramore frontwoman, scene queen Hayley Williams at her recent Nashville tour stop.

The pair performed a euphoric duet of Cindy Lauper's "Girls Just Wanna Have Fun." Kacey wore a fluffy trimmed pink suit and pumps. Hayley wore platform docs and no pants. They sang to each other and twirled around the stage, like best friends at a sleepover. It was absolute magic.

The cover is the latest stop on Kacy Musgraves' path towards consumer domination, through which she will soon unite all music listeners into one massive, yeehawing fanbase. Earlier this week the "Album of the Year"-winner covered Selena's hit "Como La Flor," at the Houston Rodeo where iconic Tejano singer played her last concert ever before she died in 1995. In the past, she served as a judge on Drag Race and performed with Soccer Mommy, so we know she has the queens and the indie kids on lock. Now she's come to collect the scene kids with the first ever documented instance of "yeemo."

Big yeehaw to our friend @KaceyMusgraves for a killer show in Nashville last night. And a special (pantsless) guest… https://t.co/mGEizfIYw1
— paramore (@paramore)1551359755.0