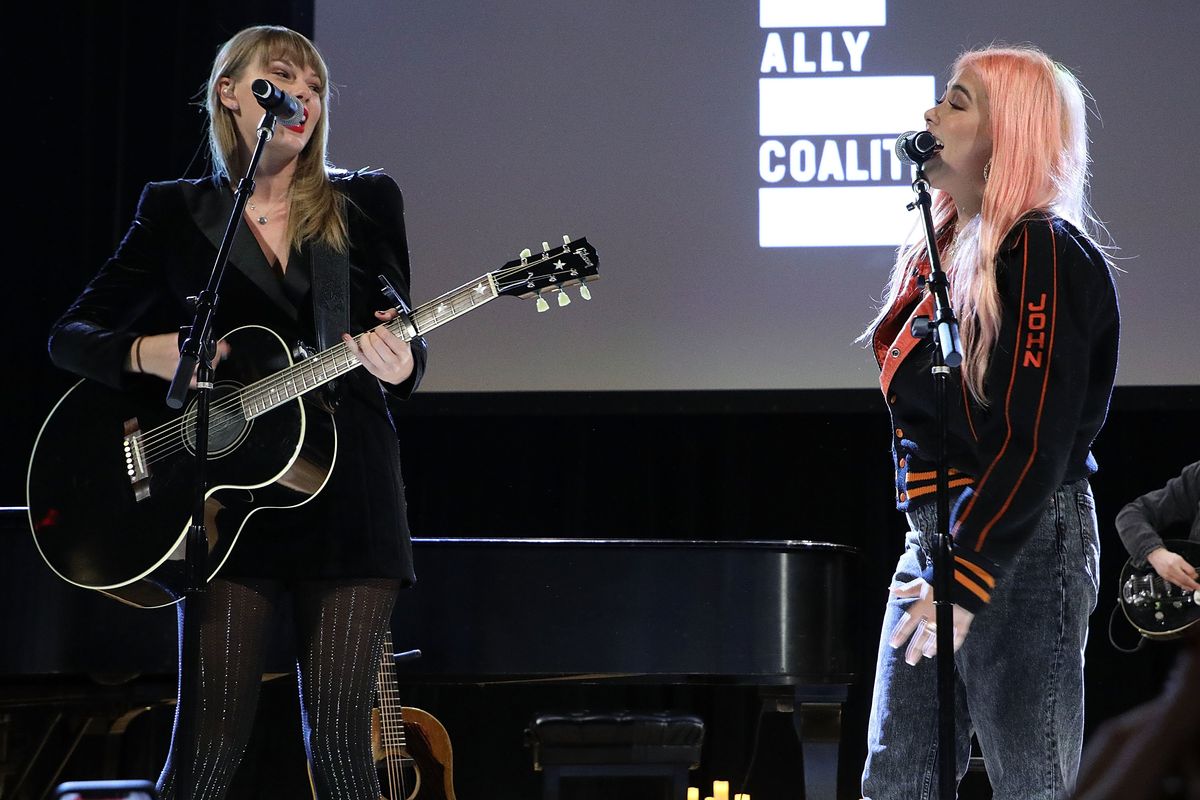 At the start of the year pop singer, Hayley Kiyoko dubbed this "20Gayteen" and ushered in a new queer renaissance. Not only did Kiyoko make her mark with debut album Expectations and a subsequent VMAs win, artists like Troye Sivan, SOPHIE, Kehlani, Big Freedia, and Years & Years dominated the conversation and further brought queers to the forefront. LGBTQ+ artists have always been a vital part of music's evolution but now more than ever is the time to take notice (don't believe us? Here are 46 more artists to prioritize).

To cap off Kiyoko's year, the singer joined a lineup featuring Lana Del Rey, Mitski, Regina Spektor, and Rostam for the Ally Coalition's 5th Annual Talent Show — the yearly event put on by Bleachers' Jack Antonoff benefiting organizations that help queer and trans youth. So it's fitting that Antonoff asked none other than "Lesbian Jesus" herself to grace the night with her presence.

But Kiyoko also had a special surprise in store, introducing her special guest by saying "I want you guys to really be nice. She's really nervous. Give her a warm welcome, please welcome Taylor Swift."

Greeted with a warm reception, Swift thanked the Ally Coalition for having her and renewed her position as an ally herself. Having recently done a duet of Kiyoko's "Curious" while out on Swift's Reputation tour, she returned the favor by performing the Reputation cut "Delicate."