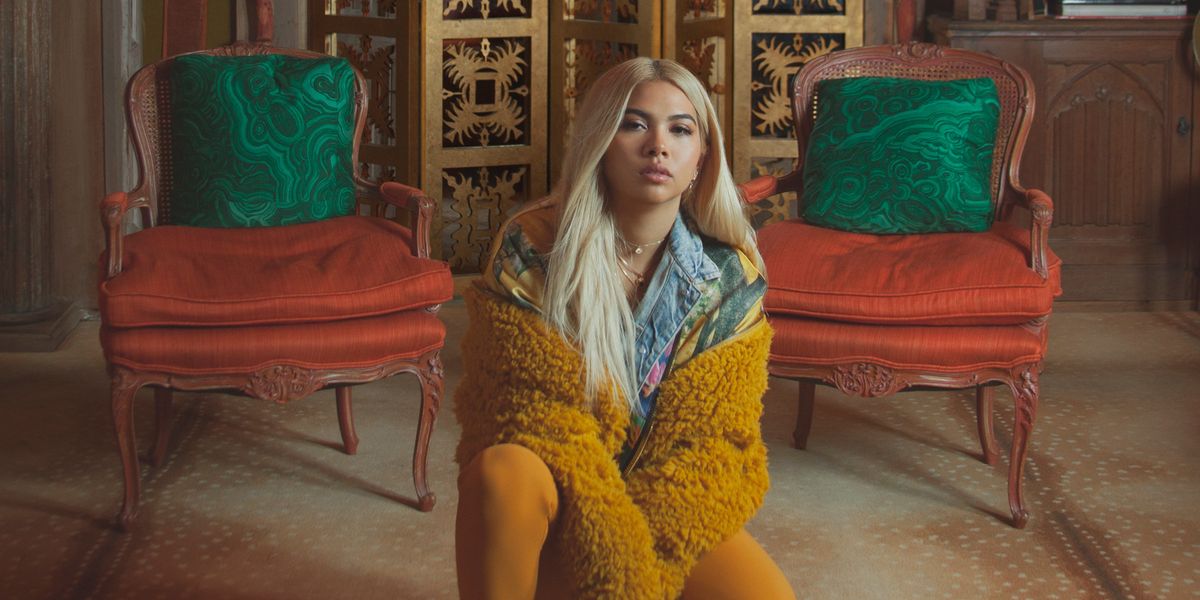 PAPER caught up with Rita Ora today, as her new single "Girls," featuring Bebe Rexha, Cardi B, and Charli XCX dropped this morning. In that interview, Ora says that she intended for the song, which explores themes of bisexuality, to be a summer anthem about "freedom" and embracing a "sense of individuality."

The response to "Girls" has largely focused on the sexual representation of the song's lyrics, with some fans loving it, and others feeling ambivalent about it. In an interview with People, Ora cites Katy Perry's 2008 breakout "I Kissed A Girl," as primary inspiration, which made waves for exploring similar terrain and becoming controversial as a result. Back then, Perry's song was criticized for being reductive of the complex lives and experiences of people who actually do identify as bisexual. One critic, Sal Cinquemani of SLANT wrote of Perry's single, "It isn't problematic because it promotes homosexuality, but because its appropriation of the gay lifestyle exists for the sole purpose of garnering attention — both from Perry's boyfriend and her audience."

Related | Hayley Kiyoko On Her Sexuality and Finding a Voice

One famous critic of Ora's latest collaborative effort is Hayley Kiyoko, the 27-year-old singer-songwriter who fans lovingly call the "Lesbian Jesus of Pop." On her Instagram, Kiyoko wrote an open letter about the song (without explicitly naming it or the artists involved), voicing both her praise of "male and female artists who are opening up more and more about their sexual identities," while acknowledge that "Girls" might be doing "more harm than good for the LGBTQ+ community," citing how it "fuels the male gaze" while also "marginalizing the idea of the women loving women." Read the full post, below.