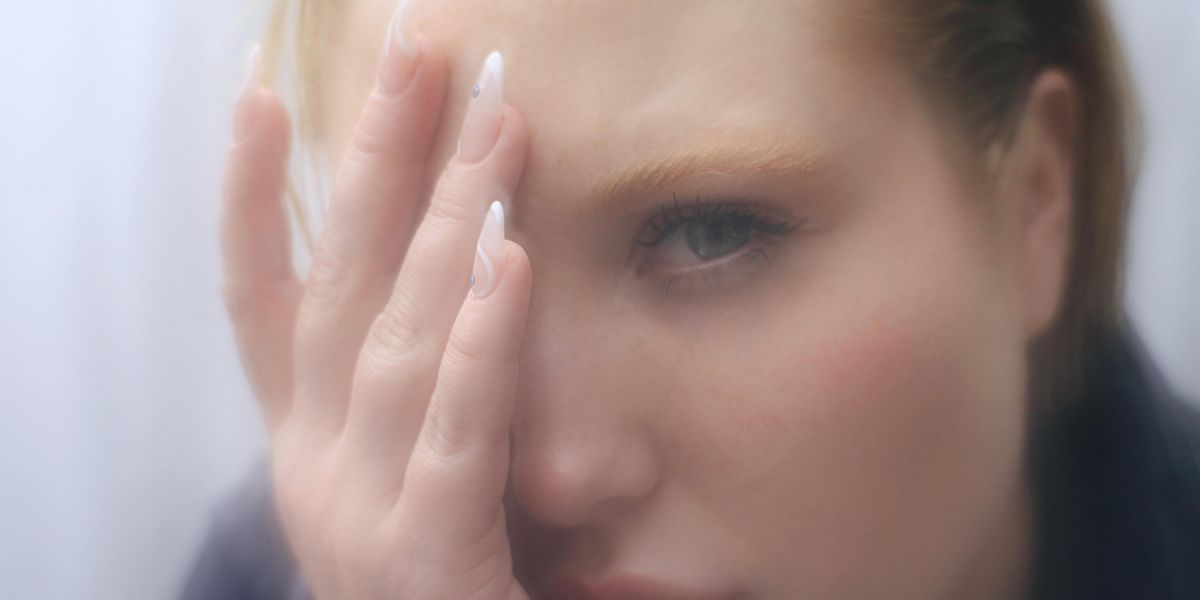 Hayley Hasselhoff is a plus-sized model, designer and writer. She's also a body positivity activist and an advocate. Now she can add Playboy cover girl to her resume thanks to the new issue of German Playboy photographed by Ellen Von Unwerth and out today.

Playboy reached out and said, we really want to be able to have you as the first-ever curve model on a European Playboy. What are your thoughts on that?

At first, I was a little bit apprehensive. Where am I as a 28-year-old woman? And then, of course, I thought it's an amazing opportunity for women to feel desired, for women to be able to celebrate their bodies and to be able to be the leading force for this movement [of body positivity and acceptance]. We are in 2021, I can't believe that this is the first time that we have ever had a curve model on the cover of [a European] Playboy. The magazine has graduated so much from where it's come from. But you also need to remember the history of where it has been. To me, I look back at the covers that are so iconic... seeing how they're empowering, sensual, sophisticated women who are taking ownership for themselves and the way that they want to celebrate themselves. It was a complete honor in itself [to be considered]. And then to top it all off, that Ellen Von Unwerth became a part of the project was just the cherry on top of the cake. Of course, I'm so excited to see what sort of masterpiece we can put together of the art form of a woman's body.

Related | Patrick Starrr Is Rewriting the Laws of Beauty

Being able to do this type of shoot was being able to showcase that you aren't objectified by showcasing your body. Just because I am a woman who has a bit of a bustier bust doesn't mean that it should always be subjected to something sensual; it can also be a part of art and it can be a part of celebration. And I wanted to have that bigger conversation with people during the shoot, after the shoot, and to be leading that conversation.

I don't think I've ever worked with a magazine before that was so welcoming. It was a collaborative experience to make me feel most comfortable. When Ellen came on board it was just a beautiful sort of synergy... being able to figure out what we wanted that woman [I was embodying] to feel like, what we wanted her to be celebrated as. They came to me and they said, "where do you feel most powerful? Where do you feel most grounded?" And because we were shooting during COVID, there weren't all the options in the world because we had to figure out where all the teams could be. I was in London and there were discussions on possibly shooting in Germany or Paris or London. I have always had this really close relationship with Paris. I used to go there in my early 20s to see my friends every time I was on a work trip in London. I've always felt very sophisticated and sexy there, and I know this city really well. So we chose Paris and we actually went there during lockdown, which was a very interesting experience, to say the least. I couldn't leave my hotel. You had to be within a mile radius of where you were staying or where you were shooting. You had to have documents with you everywhere you went.

And so, to shoot something like that during that time period was eye-opening in itself — to be able to then go on to a set where everybody was looking at an end goal of doing something substantial, celebrating people and celebrating our bodies during a global pandemic. You could feel the energy of knowing that this was something bigger than just the cover.

We ended up shooting in an old brothel in Paris. But the gorgeous part about it was obviously Ellen chose the location. And the one thing that always stood out to me when we got there was on the wall, there was art of beautiful-shaped women of all different shapes and sizes in paintings ... it just got you back to the celebration of the woman. And their bodies really do amplify a piece of artwork. It baffles me so much when you look back on where we come from, when it comes to the history of the womanly figure [compared to] where we are today. We were shooting there and seeing these women of all different shapes and sizes, beautifully painted nude. You were looking at the shape and going, "Oh, my God. This is why we need to celebrate it, because there is so much beauty in different shapes. There's so much beauty in the craft of how our bodies develop and grow." So I think that with the collaboration of Ellen and her gorgeous team, they found the perfect place to signify everything that we wanted to bring to life out of the shoot.

It was a very fun, collaborative experience. It was very much , "Who is she?" " What's her story?" You know, "Where was she the night before?" And the playfulness that we captured and being able to show that within the images, I think is really beautiful. To be honest with you, I look at my body in these images and I'm so proud of myself. I am so proud of the woman that I am. I love my body to a different degree after doing something like that. It wasn't even just when we were shooting it, but afterwards, looking at these images and going, "Dang girl! You are beautiful. You are beautiful!" And to make yourself think anything less than that because of somebody else's point of view, or because of what society thinks of as beautiful is just mind blowing.