Hats Off and a Round of Applause to Threeasfour

By now New York Fashion Week seems as long ago as the summer, but I'll do a little recap of the only show I cared for and saw: Threeasfour's. Adi, Ange and Gabi collaborated with none other than Yoko Ono and put on a show that was gorgeous, poetic and memorable. I know that they worked really hard on the collection and the choreography of the models -- their interpretation of Ono's 1964 "Cut Piece" where audience members were asked to come up on stage and cut away her clothing until she was totally naked -- and it was deeply moving. To add to the heightened emotions, having Ono in the room watching attentively and proudly as the models marched down was quite inspiring to say the least. There are designers who are younger and more successful commercially than Threeasfour, but I feel grateful for them because they give us a chance to look at fashion in a very freeing way, as a flight of fancy, and something beyond price points and marketability. Since day one, they have been uncompromising of their visions, spirit of their garments and the one of a kind "out-of-this-world" sensibility. Kudos and a million kisses to Adi, Ange and Gabi!! 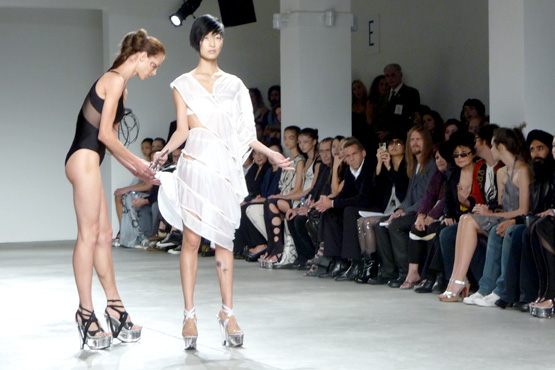 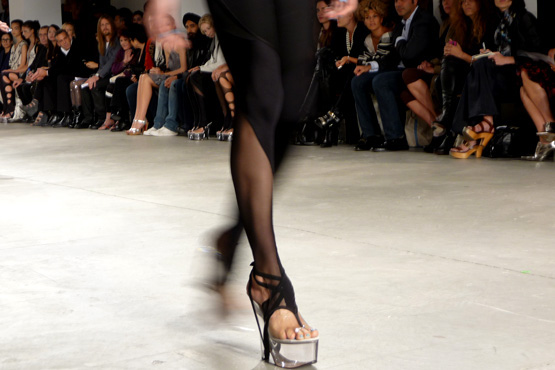 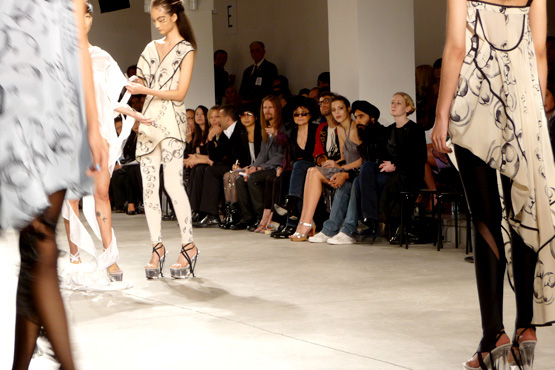 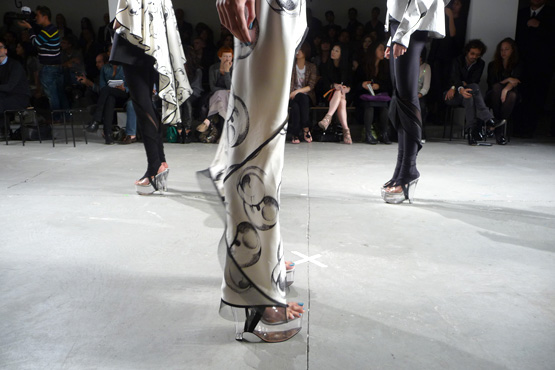 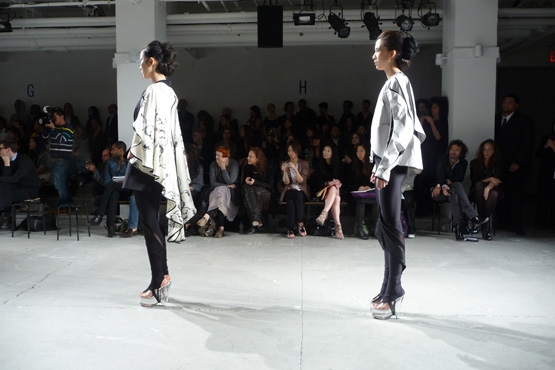 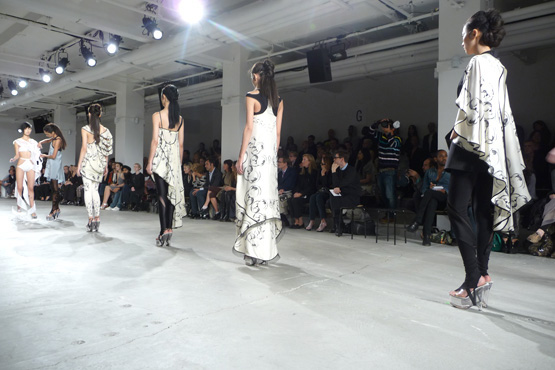 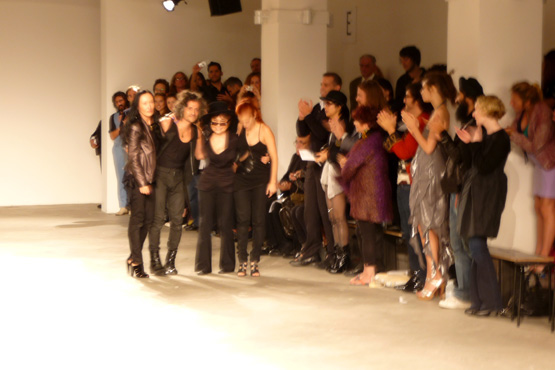