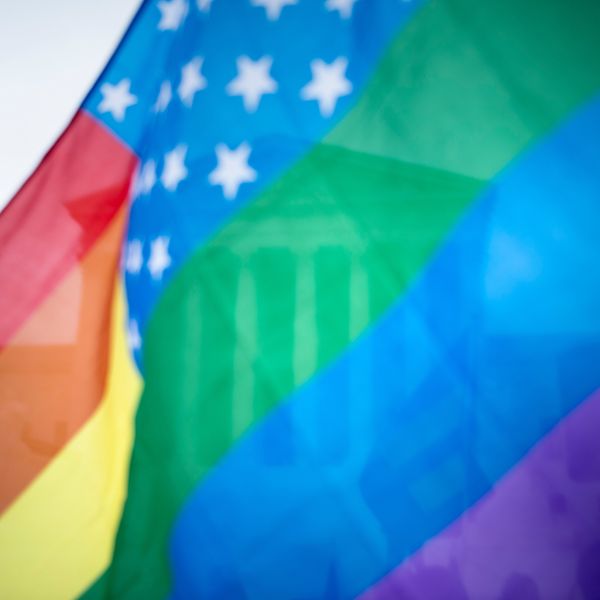 Hate Crimes Against LGBTQ People Are Increasing in Los Angeles

Hate crimes in Los Angeles last year increased significantly from 2016, according to new statistics from the Los Angeles Police Department (LAPD). In 2017, a total 254 crimes were reported to be motivated by bias toward a group or person, which was an 10.9 increase over 2016's 229 crimes.

With a "vast majority" of these offenses taking the form of vandalism, the LAPD says the two most common crimes were fueled by hate toward race/ethnicity (115) and sexual orientation (70). The report also says there were 23 crimes directed toward the transgender community in 2017, compared to eight during 2016.

While local to LA, this information reflects the greater violence that affected the U.S. last year, which in some instances became deadly. The National Coalition of Anti-Violence Programs (NCAVP) released in 2017 a mid-year report, called A Crisis Of Hate, detailing every anti-LGBTQ homicide on-record.

"As of August 23rd, 2017, NCAVP has recorded reports of 36 hate violence related homicides of LGBTQ and HIV affected people, the highest number ever recorded by NCAVP," the report says. "This number represents a 29% increase in single incident reports from 2016."

Since releasing their findings, the NCAVP found hate homicides continue to flourish across the nation through the remaining year. A total of 52 anti-LGBTQ homicides were filed in 2017, which represents a 86 percent increase in single incident reports from 2016. "In 2017, there was one homicide of an LGBTQ person in the U.S. each week," the NCAVP says.

Of course, not all hate crimes are reported. According to a report by the U.S. government's Bureau of Justice Statistics, "More than half of the 250,000 hate crimes that took place each year between 2004 and 2015 were not reported to the police."

A Crisis Of Hate, indeed.