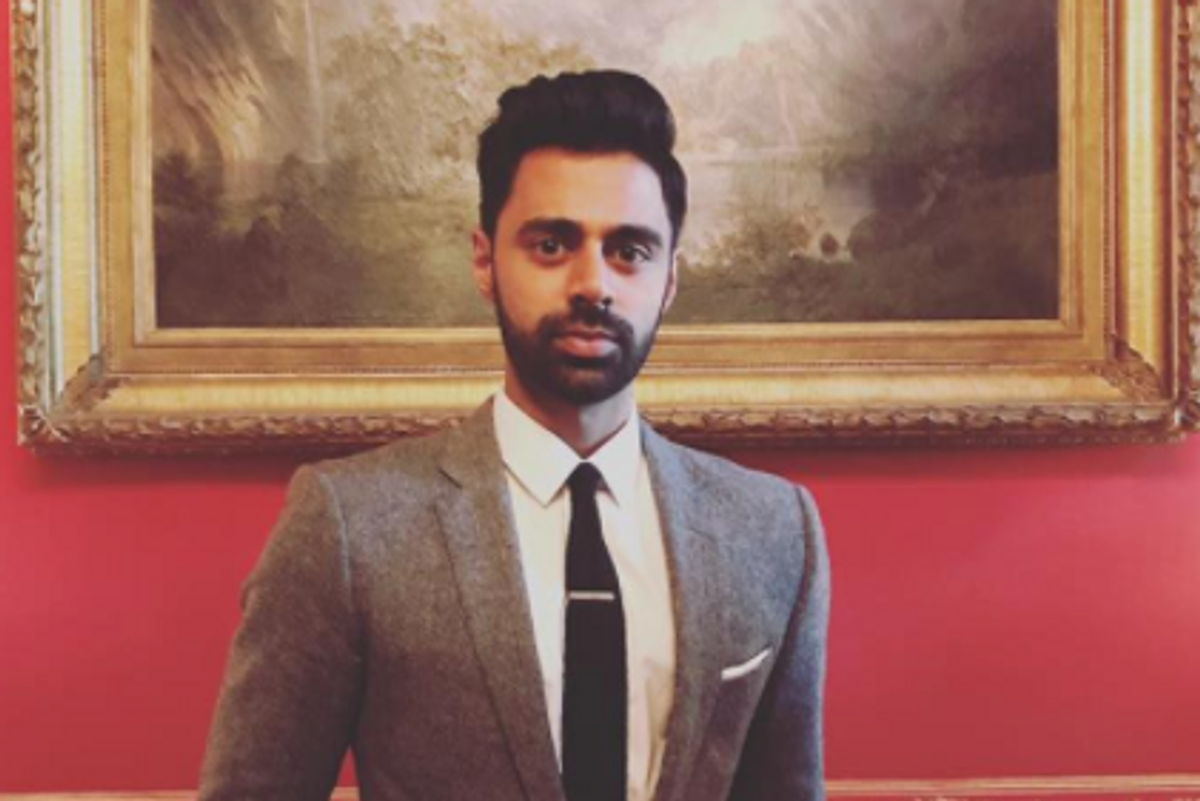 Despite the fact that the president has decided to sit out this year's White House Correspondents' Dinner (rather than face being roasted by the fake "losers" of the mainstream media), plans for the annual event are moving forward and a host has been selected.

Daily Show contributor and stand up comedian Hasan Minhaj will headline the dinner on April 29th. "It is a tremendous honor to be a part of such a historic event even though the president has chosen not to attend this year. SAD!" Minhaj said in a statement, adding on a more serious note, "Now more than ever, it is vital that we honor the First Amendment and the freedom of the press."

Minhaj has made his thoughts on Trump clear in the past, referring to the then-presidential candidate as a "racist Cheeto," and made headlines last year for a speech at the Radio and TV Correspondents Association's annual dinner that expertly called out Congress for failing to make progress on gun control.

However, Association President Jeff Mason stressed that the point of the dinner, which raises money for journalism scholarships, is not to simply attack Trump. "We were not looking for someone to roast the president in absentia — that's not fair and it's not the message we want to get across," he said today in an interview on MSNBC's "Morning Joe."

Instead, Mason hopes that Minhaj will not only entertain guests, but also "speak to" the night's theme of celebrating the press and the First Amendment. "I'm confident he'll be able to…strike the right balance," Mason said.

"I'm not there to try to skewer people," Minhaj has said of his comedy in the past. "I'm just trying to come at it with some human empathy. I consider myself to be an angry optimist."

Trump and his aides have already said they will not attend the dinner, and as a result the crowd will likely be less star-studded than past years where headliners have included Stephen Colbert, Seth Meyers and Jay Leno. Daily Show alum and Full Frontal star Samantha Bee, for example, is hosting her own dinner, aptly named the "Not the White House Correspondents' Dinner," the same night. However, moments from the dinner often go viral, and so the speech Minhaj gives will still have an audience.